For we brought nothing into the world, and we can take nothing out of it.

WEALTH IN TERMS of material possessions is the common object of the hard work and perseverance of numerous people. Many think that having lots of money and plenty of properties will guarantee them security and happiness in life. Becoming rich is so important to many that they are willing to do just about anything to achieve this ambition. They use all their energies to succeed in work, even if it means leaving little or no time for their family and for God. Some even resort to gambling, swindling, and practicing corruption all for the sake of gaining wealth.

The riches of this world
The irony many fail to see is that after everything has been done and the desired level of prosperity attained, the wealth that they strove so hard to gain will all but amount to nothing:

“For riches do not last for ever; and does a crown endure to all generations?” (Prov. 27:24 Revised Standard Version)

The wealth this world offers is temporal, coterminous with the world where it is found. When this earth ends, every penny, every ounce of gold, and every pound of man’s precious treasures will be no more:

“The possessions of his house will be carried away, dragged off in the day of God’s wrath.” (Job 20:28 RSV)

We don’t have to wait for the day of God’s judgment, however, to witness the futility of worldly riches. Over the centuries, prosperous people have died without fully enjoying the properties they had amassed for themselves. When death comes, the rich cannot enjoy the fruits of their labor anymore. Others will benefit from them instead (Eccles. 6:2). This is the very lesson taught in the Lord’s parable concerning the rich fool
(Luke 12:13-21). Apostle Paul wrote Christ’s message:

“For we brought nothing into the world, and we can take nothing out of it.” (I Tim. 6:7 New International Version)

While money and earthly possessions are important, they are not the end-all of man’s existence. What people should strive harder to achieve, therefore, is that which transcends the boundaries of material satisfaction.

Enduring wealth
Unknown to many, there are riches that are far greater than all the world’s treasures. The Book of Proverbs mentions of an “enduring wealth and prosperity” (Prov. 8:18). Apostle Paul likewise talks about riches found in the Lord Jesus Christ and preached by God’s messengers (Eph. 3:8).

The greatness of the riches the Bible speaks of is that they are enduring or lasting, unlike the riches of this world that are only temporary. People should therefore work even harder to achieve the enduring wealth at all costs.

But which is the riches found in Christ that endures or lasts? The Bible teaches:

The ransom or the redemption of one’s life is the greatest wealth a person can ever have. By being redeemed, one is spared from the curse of the law under which sinners are placed (Gal. 3:13; Rom. 6:23). That curse is the death in the lake of fire on Judgment Day (Rev. 20:14) which no one—not even the richest man on earth—can escape from:

“Neither their silver nor their gold will be able to save them on the day of the Lord’s wrath. In the fire of his jealousy the whole world will be consumed, for he will make a sudden end of all who live in the earth.” (Zeph. 1:18 NIV) 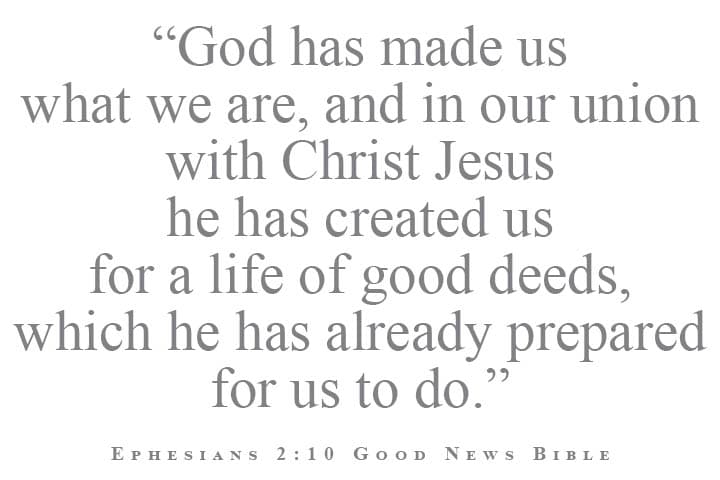 No matter how much pleasure people derive from their riches, the fact holds that such wealth cannot save them on the day of God’s wrath
(Prov. 11:4).

Through Christ’s blood
The value of redemption is further manifested by the way it was carried out. No less than the precious blood of Christ was shed to redeem the sins of the fortunate ones:

“In him we have the redemption through his blood, the forgiveness of sins, in accordance with the riches of God’s grace.” (Eph. 1:7 NIV)

Through redemption, man’s sins are forgiven, the curse of the law is removed, and eventually, salvation is attained. Those redeemed by the blood of Christ are the ones who have received such riches brought forth by God’s grace. So, if one toils just to be materially rich, all the more should he seek to avail himself of Christ’s redemption. It is the true wealth that lasts.

Redemption, however, is not achieved by merely professing belief or faith in Christ. The Bible specifically identifies who the redeemed ones are;

“Take heed therefore to yourselves and to all the flock over which the Holy Spirit has appointed you overseers, to feed the church of Christ which he has purchased with his blood.”
(Acts 20:28 Lamsa Translation)

To be redeemed is to join the Church Of Christ or the Iglesia Ni Cristo, for it is the one purchased by the blood of the Lord Jesus. Hence, those who refuse to join the true Church are missing the chance to become rich in the truest sense of the word.

Even if a member of the Church Of Christ is poor by human standards, he is considered rich in the sight of God (James 2:5). As God’s chosen, he is given the right to inherit the promised kingdom.

On the other hand, a wealthy person who has not been redeemed because he did not join the Church Of Christ is not truly rich in the sight of God and will not benefit from the redemptive death of the Lord Jesus Christ.

A matter of priority
It is imperative then to examine our priorities. If we value only the things of this world, then we are actually bringing ourselves to God’s punishment on the Day of Judgment. But if we value the true wealth taught in the Bible above the riches of this world, we won’t allow our ambitions to hinder our quest for the eternal kingdom.

Knowing this, servants of God sacrifice worldly opportunities for the greater reward, that which is in Christ. Moses had this kind of conviction. He chose to give up his royal privileges in exchange for his calling as a deliverer of God’s people:

“It was faith that made Moses, when he had grown up, refuse to be called the son of the king’s daughter. He preferred to suffer with God’s people rather than to enjoy sin for a little while. He reckoned that to suffer scorn for the Messiah was worth far more than all the treasures of Egypt, for he kept his eyes on the future reward.” (Heb. 11:24-26 Good News Bible)

Moses could have opted to live the life of a prince by just staying in the rich and powerful nation of Egypt. But he didn’t. He left to find the land God prepared for His people even if it meant stepping down to the level of a slave. Between the treasures of Egypt and the future reward promised by God, Moses preferred the latter to the former, the eternal to the mundane. 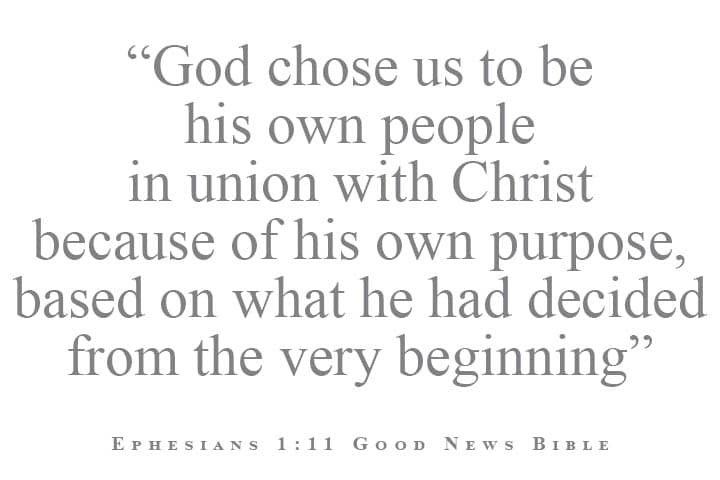 God is not asking His people to blindly throw away all their material possessions and ambitions, as an ascetic would do. The point is, during crucial moments when a person’s earthly desires confront his quest for God’s true riches, he should choose God’s riches.

The way to God’s true wealth is not an easy path. One must avail himself of Christ’s redemption, enter His Church, and remain a faithful servant until the end. Along the road, trials would come and sacrifices have to be made to test one’s order of priorities. For true members of the Church Of Christ, giving less of themselves to material wealth and offering more for the sake of attaining the true wealth in Christ is not a difficult task:

“But all those things that I might count as profit I now reckon as loss for Christ’s sake. Not only those things, I reckon everything as complete loss for the sake of what is so much more valuable, the knowledge of Christ Jesus my Lord. For his sake I have thrown everything away; I consider it all as mere garbage, so that I may gain Christ and be completely united with him.” (Philip. 3:7-9 GNB)