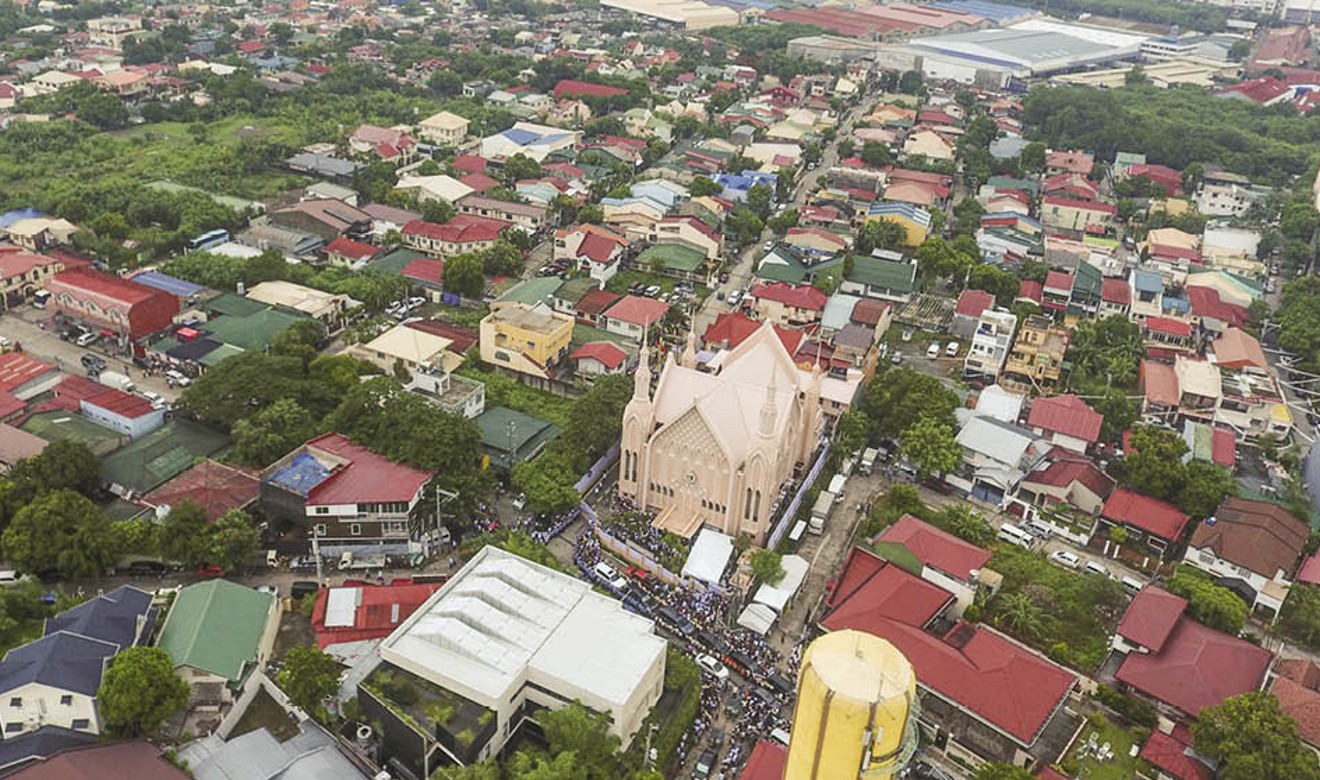 God’s work of salvation continues. The Bible prophesies God’s work from a far country at the ends of the earth that will be led by His chosen servant. This would be the last religion on earth that belongs to Him.

By MANDY A. NEPOMUCENO

THE IGLESIA NI CRISTO (Church Of Christ) will celebrate its 108th anniversary on July 27, 2022. Church members are taught that the myriad triumphs that the Church continues to reap are the fulfillment of God's promises to His Messenger in the last days, Brother Felix Manalo, and to his mission. And those victories came despite the many challenges and the efforts of its detractors to derail its work. Its detractors never stop working through their schemes to make the faithful doubt their divine election and separate them from the Church. Meanwhile, this Church—the Church Of Christ, which emerged in the Philippines in 1914—will never stray away because it is God’s final work of salvation.

The Lord God chose the ancient Israel then and made them to be His own people (II Sam. 7:24). Among the many nations that existed before in their time, only Israel belonged to God (II Kings 5:15). But they turned away from Him (Dan. 9:11). When the Lord Jesus Christ was sent by God on earth, He built the Church of Christ in the first century (Matt. 16:18; Acts 20:28 Lamsa Translation). Among the many people then, they were the only ones who belonged to God and were given the right to serve give praise to Him (I Pet. 2:9). But they departed from the faith (I Tim 4:1).

However, God’s work of salvation still continues. The Bible prophesies God’s work from a far country at the ends of the earth that will be led by His chosen servant (Isa. 46:11; 43:5–6). This would be the last religion on earth that belongs to Him.

The ends of the earth
For His last work of salvation, the Lord God prophesied about His sons and daughters whom He would bring from the east:

“Fear not, for I am with you; I will bring your descendants from the east, And gather you from the west; I will say to the north, ‘Give them up!’ And to the south, ‘Do not keep them back!’ Bring My sons from afar, And My daughters from the ends of the earth.” (Isa. 43:5–6 New King James Version)*

The east where they would come from is also described in the Bible verses mentioned as “afar;” and so, another translation of the same Bible verses renders it as “far east” (Moffatt Translation). It is no coincidence then that the Philippines, a country in the Far East, is the place where the Iglesia Ni Cristo started.

The prophecy specified not only the place of emergence of God’s children but also the time when He would bring them or start the mission: the prophecy states, “from the ends of the earth.” 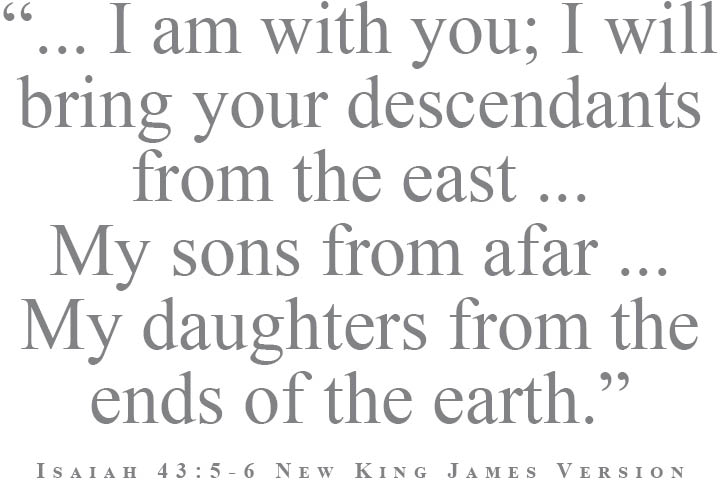 The “ends of the earth” is not the end of the world, but the period preceding the latter. “Ends of the earth” is also rendered as “ends of the world” (Job 22:24 nkjv; Dhouay-Rheims). The said expression, which appears in I Corinthians 10:11 of King James Version, is rendered in other translations as the “time when the end is about to come” (Good News Bible) or, as the apostles usually referred to it, the “last days” (Living Bible). The Lord Jesus Christ called the time aptly as “at the doors” (Matt. 24:33 nkjv) to describe that the time is near the end.

Christ foretold the visible signs that people would see when the “ends of the earth” has come or when the end is near:

“And you will hear of wars and rumors of wars. See that you are not troubled; for all these things must come to pass, but the end is not yet. For nation will rise against nation, and kingdom against kingdom. And there will be famines, pestilences, and earthquakes in various places. All these are the beginning of sorrows.” (Matt. 24:6–8 NKJV)

Christ prophesied a war different from any that had happened before it—it would be rumored or the news about it would spread. The Lord Jesus Christ also forewarned of another war that will follow where “nation will rise against nation, and kingdom against kingdom.” That means there would be a war that would involve not only two opposing nations but many nations of the world. The wars would also be followed by widespread famines, pestilences, and earthquakes.

What would also make these prophesied wars distinct is the modern weapons of war that would be used. In a related prophecy, in Jeremiah 4:13 and 19, it states, thus:

“Behold, he shall come up like clouds, And his chariots like a whirlwind. His horses are swifter than eagles. Woe to us, for we are plundered! … O my soul, my soul! I am pained in my very heart! My heart makes a noise in me; I cannot hold my peace, Because you have heard, O my soul, The sound of the trumpet, The alarm of war.” (NKJV)*

Wars are not unusual, nor famines in the past. There were pestilences or disease epidemics recorded at various times in history. Earthquakes are common occurrences. However, Bible scholars testify that Christ prophesied a “specific time during which all of these phenomena would be in evidence at the same time;” and “the first such time in world history occurred during the years of World War I (1914-1918) and immediately following” (Matt 24:6–8 Last Days Bible, footnote).

Meanwhile, historians note that “the First World War was unlike any war in the past,” because “this was the first war in three dimensions.” Airplanes were first used as a war instrument, and they served as “winged warriors” who bombed cities from the air, and as scouts, “a kind of aerial ‘cavalry,’” (World History, Vol. II, pp. 478-479) akin to the prophetical pronouncements, “horses swifter than eagles.”

Also, during World War I, the tank was invented, a “land battleship—an armored automobile which could move on rough ground because it was built like a tractor” (World History, Vol. II, pp. 478-479), or as the prophecy describes, “chariots like whirlwind.” Another World War broke out in September 1, 1939, as the fulfillment of the prophecy of the Lord Jesus Christ in Matthew 24:6–8.

When the First World War broke out on July 27, 1914, that signaled that the time of the world is at the “ends of the earth” or that the end of the world was near. On the same date, the Church Of Christ was registered with the government in the Philippines. Such is not a mere coincidence, but prophecies being fulfilled. 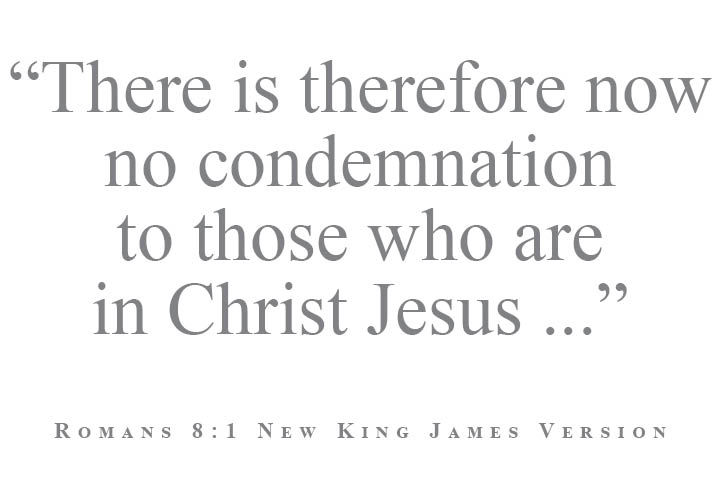 The time of harvest
What comes after the final work of salvation? This is what is revealed in another prophecy in the Bible, thus:

“Then I heard a voice from heaven saying to me, ‘Write: “Blessed are the dead who die in the Lord from now on.”’ ‘Yes,’ says the Spirit, ‘that they may rest from their labors, and their works follow them.’ Then I looked, and behold, a white cloud, and on the cloud sat One like the Son of Man, having on His head a golden crown, and in His hand a sharp sickle.” (Rev. 14:13–15 nkjv)

This is a prophecy about the work of the third angel, who is also God’s last messenger. The culmination of his work is the time of harvest, as the prophecy states: “The time has come for You to reap, for the harvest of the earth is ripe.” The time of harvest is “the end of the age” (Matt. 13:39 nkjv). The end of the age is the end of the world, or the day when God will mete out His judgment to all. Indeed, God’s last work of salvation is man’s last opportunity, for after it comes the end.

The Church Of Christ, whose members are the fruits of the labors of God’s last messenger, Brother Felix Manalo, is God’s last work of salvation. What comes after is the end of the world.

The prophecy also states, “Blessed are the dead who die in the Lord from now on.” Those who are “in the Lord” have “no condemnation,” after all, as the apostles taught: 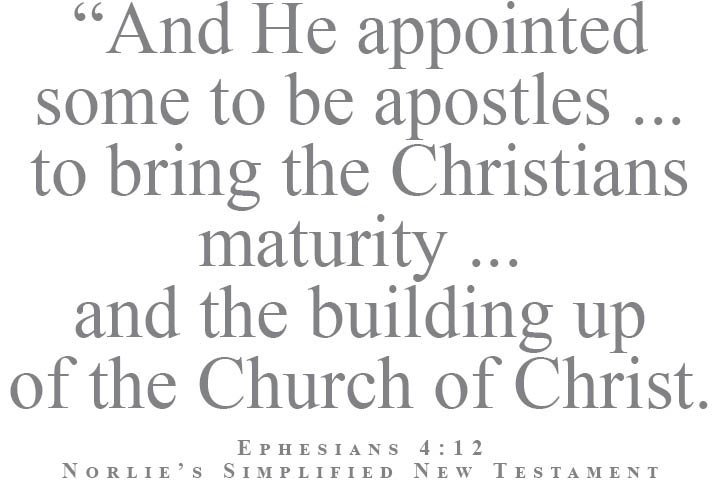 “And I tell you, you are Peter, and on this rock I will build my church, and the powers of death shall not prevail against it.” (Revised Standard Version)

Christ called it His Church. His apostles followed His lead and called His Church by His Name—the Church Of Christ:

“And He appointed some to be apostles, others to be prophets; some to be evangelists, others preachers or teachers. The common object of their labor was to bring the Christians maturity, to prepare them for Christian service and the building up of the Church of Christ.” (Eph. 4:12 Norlie’s Simplified New Testament)

The Church Of Christ (Iglesia Ni Cristo) that emerged in the Philippines is the continuation of the Church built by Christ when He was on earth. Those who joined the Church Of Christ today are included in God’s last work of salvation. And even though death may come to them first before the world ends, their hope will not perish—when they follow the lead of the faithful disciples of Christ, who completed their race:

“My life is coming to an end, and it is now time for me to be poured out as a sacrifice to God. I have fought the good fight. I have completed the race. I have kept the faith. The prize that shows I have God’s approval is now waiting for me. The Lord, who is a fair judge, will give me that prize on that day. He will give it not only to me but also to everyone who is eagerly waiting for him to come again.” (II Tim. 4:6–8 Names of God Bible).

Members of the Church Of Christ are always exhorted to maintain such resolve—fight the good fight, complete the race, keep the faith. In the end, what awaits them is the prize that shows they have God’s approval, for the Lord God is a fair judge. What lies ahead before them while they continue their journey in this world may be even more difficult; but even in the darkest moments of their lives they will never give up their divine election in the Church.

New challenges will confront the Church while it soldiers on to another year, however, whatever they may be, Church members echo the conviction of the servants of God before:

“For I consider that the sufferings of this present time are not worthy to be compared with the glory which shall be revealed in us.” (Rom. 8:18 NKJV)