THE DAY OF JUDGMENT is something that people who want to receive the Lord God’s promised salvation look forward to. Blessed are the ones who will be saved on that day.

Judgment Day in the Bible
The pronouncement about the Day of Judgment dates back to the time of the patriarchs—long before our Lord Jesus Christ. According to Jude 1:14–15, Enoch, seventh from Adam, prophesied that “the Lord” will come “to execute judgment on all” (New King James Version). The One who will come is none other than the Lord Jesus Christ. This was the statement of the Lord:

“Let not your heart be troubled; you believe in God, believe also in Me. In My Father’s house are many mansions; if it were not so, I would have told you. I go to prepare a place for you. And if I go and prepare a place for you, I will come again and receive you to Myself; that where I am, there you may be also.” (John 14:1–3 NKJV)

Because of man’s sins before God, the Day of the Lord or Judgment Day was set when all the things in this world, including man will be devoured by fire (Zeph. 1:14–18).

Although there are those who are skeptic about the Day of Judgment, the Bible proves that just as death is experienced by man, so will the Day of Judgment happen because the One who appointed death is the same God Who appointed Judgment Day (Heb. 9:27). On the other hand, there are also many who believe that it will come, and some even made predictions of its fulfillment. But can just anyone predict or be able to determine the exact date of the world’s end? Our Lord answered this in Matthew 24:36:

“But of that day and hour no one knows, not even the angels of heaven, but My Father only.” (NKJV)

No one knows the exact day and time of Judgment Day, not even the angels, not even Christ Himself who will be coming. Only the Lord God knows. It is only befitting then that man prepares for that day (Matt. 24:44). 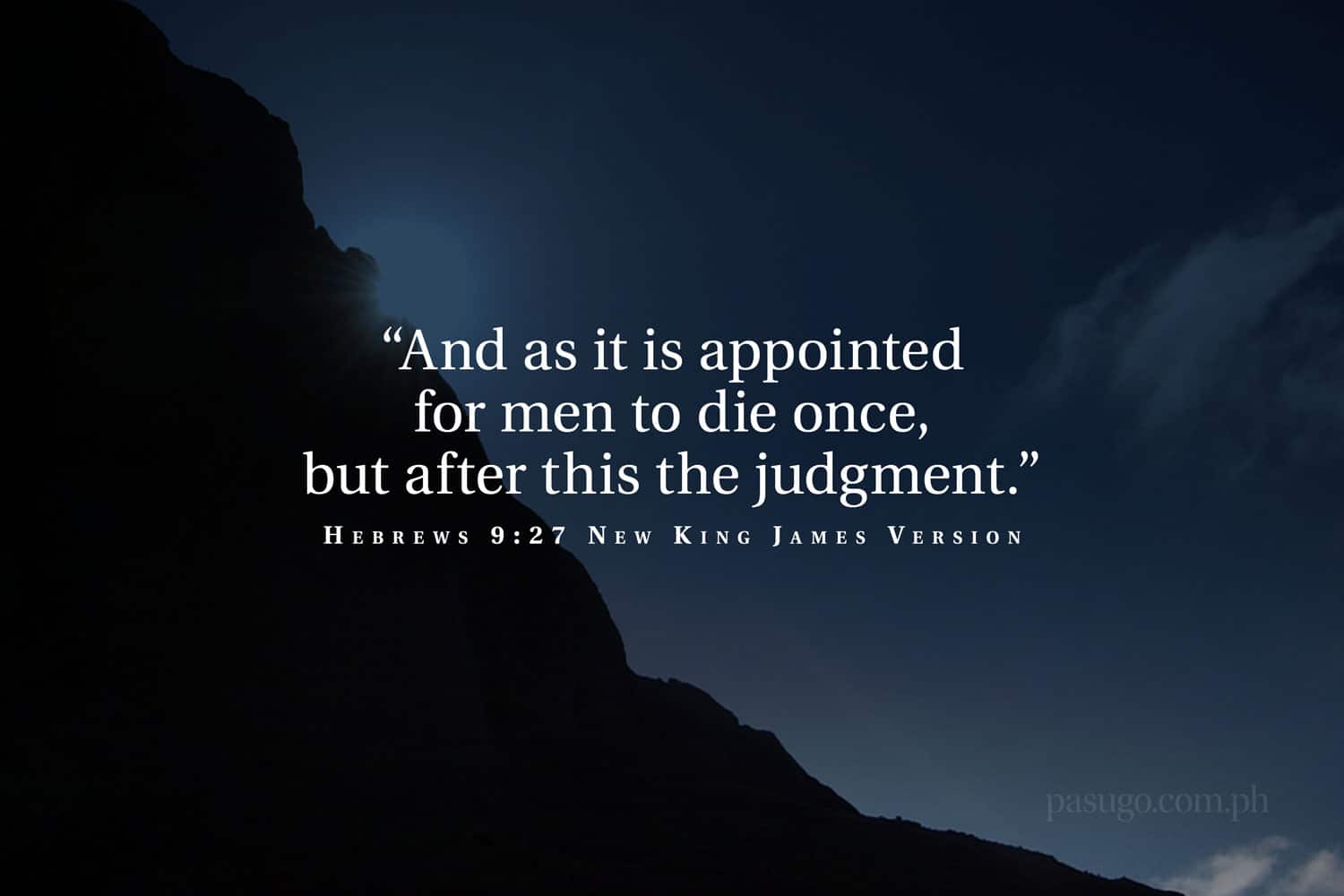 Signs when Judgment Day is near
It is not only during our time but also during the time of Christ that people asked about Judgment Day:

“Now as He sat on the Mount of Olives, the disciples came to Him privately, saying, ‘Tell us, when will these things be? And what will be the sign of Your coming, and of the end of the age?’

‘So you also, when you see all these things, know that it is near at the doors!’

‘And you will hear of wars and rumors of wars. See that you are not troubled; for all these things must come to pass, but the end is not yet. For nation will rise against nation, and kingdom against kingdom. And there will be famines, pestilences, and earthquakes in various places. All these are the beginning of sorrows.’” (Matt. 24:3, 33, 6–8 NKJV)

While we know not the day and time, the Lord gave the signs that would be seen or would happen when His Second Advent is near. There would be wars and rumors of wars, nations and kingdom rising against each other, famines, pestilences, earthquakes, and sorrows. The wars being referred to were fulfilled when World War I and World War II broke out on July 27, 1914 and September 1, 1939, respectively. Famines, pestilences, and earthquakes that happened in the past are continuing up to the present, with more intensity and frequency. Thus, Judgment Day is truly very near.

Salvation come Judgment Day
The Bible made certain that there will be people who will be saved on Judgment Day (Heb. 9:27–28). Who are they? Apostle Paul explains, thus:

“But God has shown us how much he loves us, it was while we were still sinners that Christ died for us! By his blood we are now put right with God; how much more, then, will we be saved by him from God’s anger!” (Rom. 5:8–9 NKJV)

“Take heed therefore to yourselves and to all the flock, over which the Holy Spirit has appointed you overseers, to feed the church of Christ which he has purchased with his blood.” (Acts 20:28 Lamsa Translation) 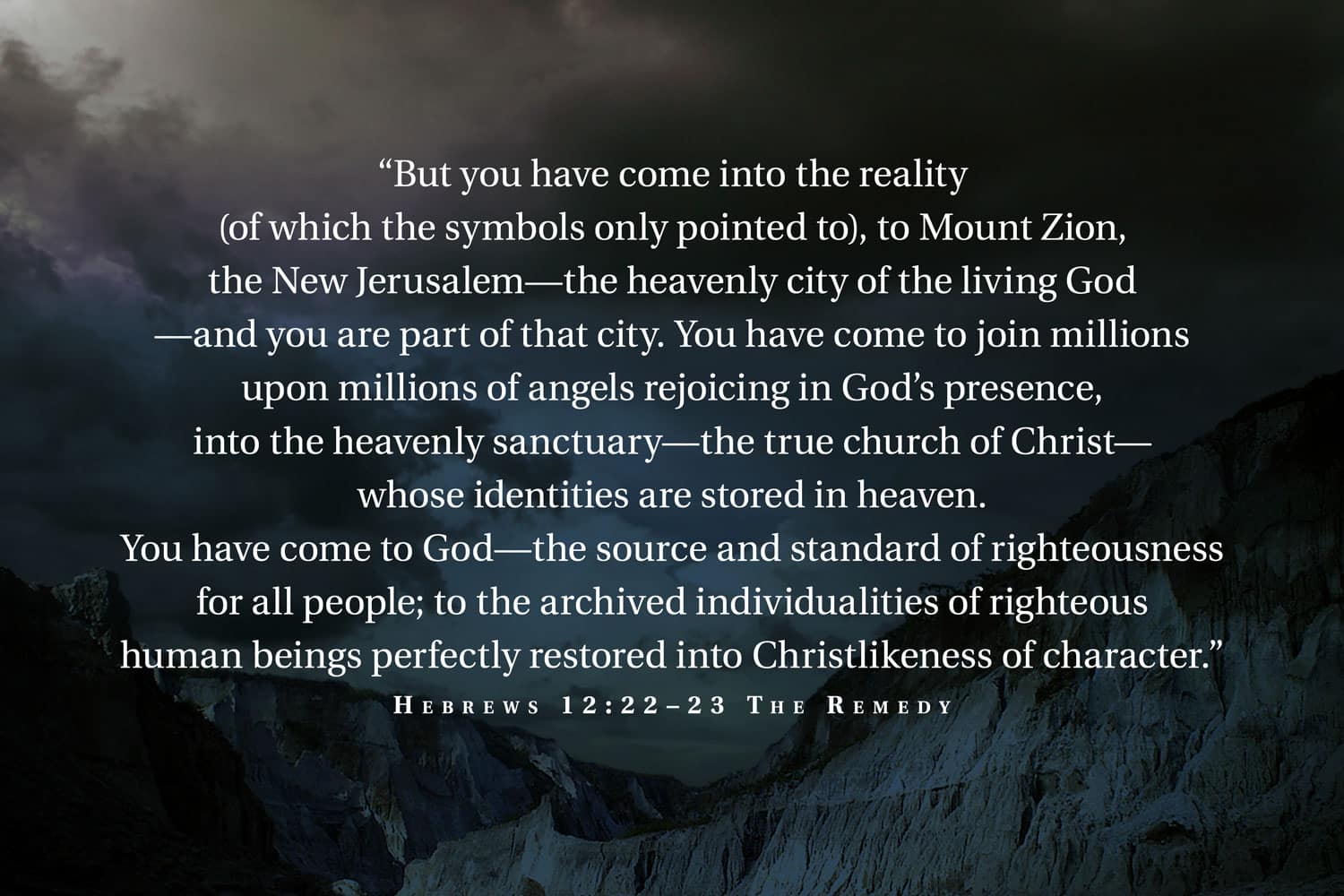 Those who belittle the importance of knowing who the true God is are committing a grave error. The absence of the true knowledge about God has been the cause of man’s present sorry state of life in this world:

“Because those people refuse to keep in mind the true knowledge about God, he has given them over to corrupted minds, so that they do the things that they should not do. They are filled with all kinds of wickedness, evil, greed, and vice; they are full of jealousy, murder, fighting, deceit, and malice. They gossip and speak evil of one another; they are hateful to God, insolent, proud, and boastful; they think of more ways to do evil; they disobey their parents; they have no conscience; they do not keep their promises, and they show no kindness or pity for others.” (Rom. 1:28-31 GNB)

All the wickedness and iniquities present in the world today are the consequence of man’s refusal to keep the true knowledge about God. The world has been cursed because of such people and God has given them over to corrupted minds and left them to do evil deeds. What misfortune awaits those who have not known God and have worshiped a god other than the true one? What will God do to them?

“In flaming fire taking vengeance on those who do not know God, and on those who do not obey the gospel of our Lord Jesus Christ. These shall be punished with everlasting destruction from the presence of the Lord and from the glory of His power.” (II Thess. 1:8-9 NKJV)

God will exact vengeance on those who have not known and recognized Him. He will punish them with everlasting destruction on the Second Advent of our Lord Jesus Christ. Such eternal punishment will be in the lake of fire (Rev. 21:8).

Another distinction of those who will be saved is that their names are listed in the book of life in heaven (Dan. 12:1). Others might say that enlisting in a church has nothing to do with salvation. The apostles state:

“To the church of the firstborn, whose names are written in heaven. You have come to God, the judge of all men, to the spirits of righteous men made perfect.” (Heb. 12:23 New International Version)

The apostles mentioned that the names of the members of the Church are written in heaven. Enlisting in just any church indeed does not lead to salvation, but joining the true Church does. The Church referred to that will reach the heavenly city is the Church Of Christ:

“But you have come into the reality (of which the symbols only pointed to), to Mount Zion, the New Jerusalem—the heavenly city of the living God—and you are part of that city. You have come to join millions upon millions of angels rejoicing in God’s presence, into the heavenly sanctuary—the true church of Christ—whose identities are stored in heaven. You have come to God—the source and standard of righteousness for all people; to the archived individualities of righteous human beings perfectly restored into Christlikeness of character.” (Heb. 12:22–23 The Remedy)

Therefore, those who will receive salvation on Judgment Day—which will truly come and is very near—are the members of the Church Of Christ. One must make sure then that he is a member of this Church on that blessed day.