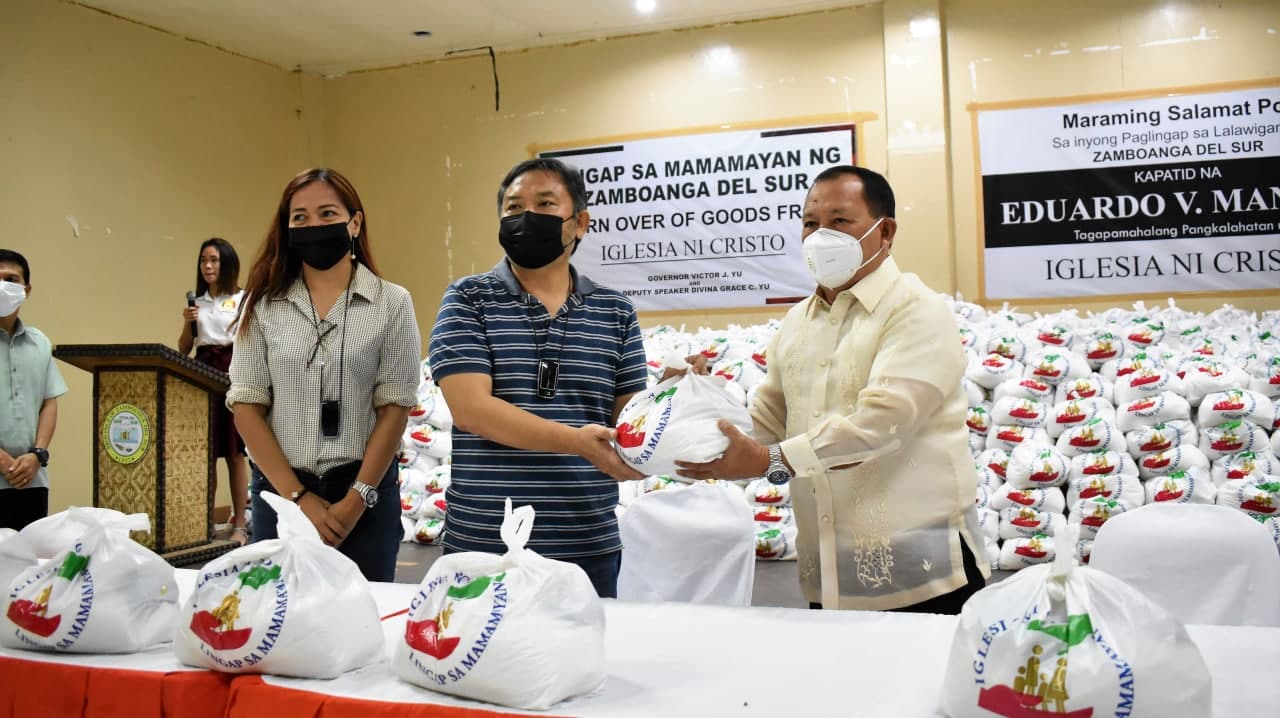 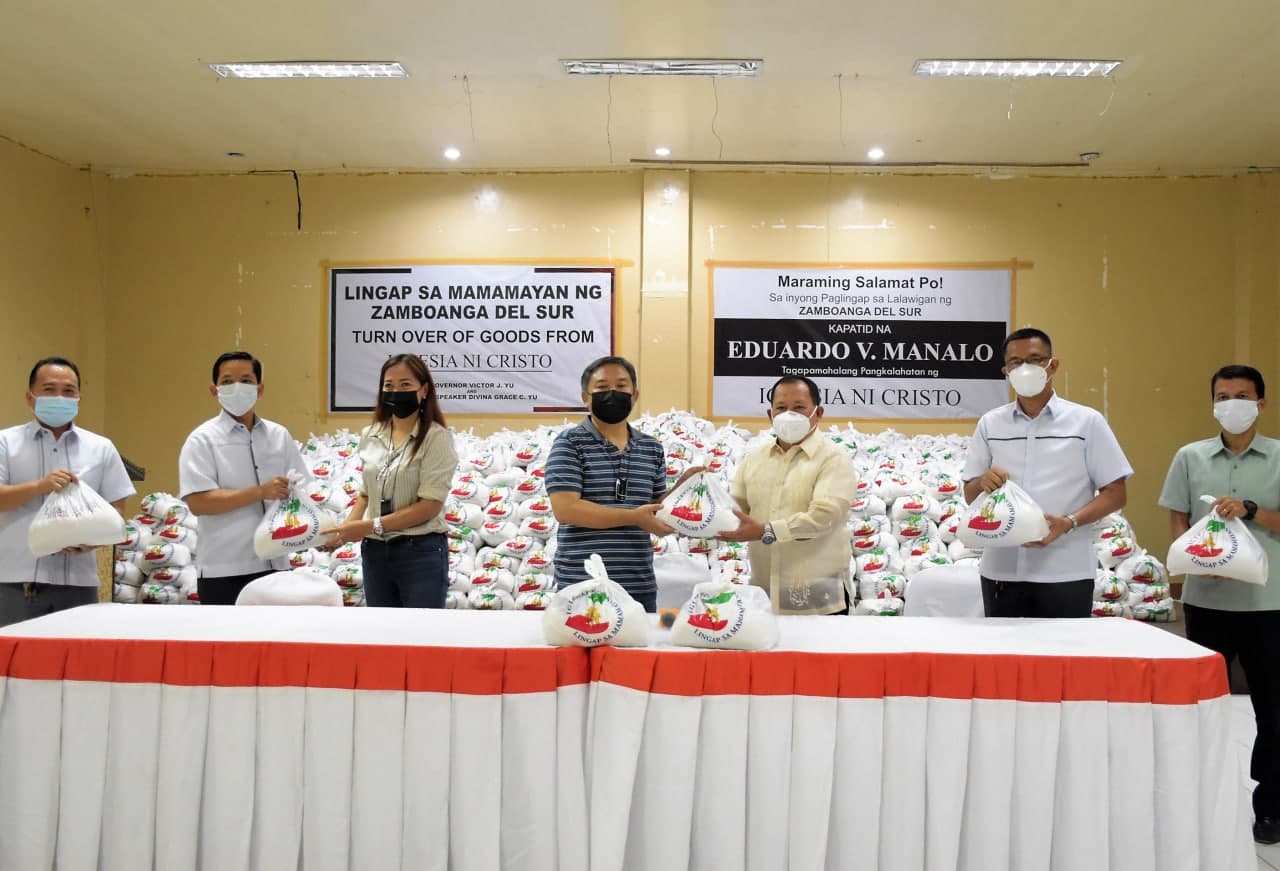 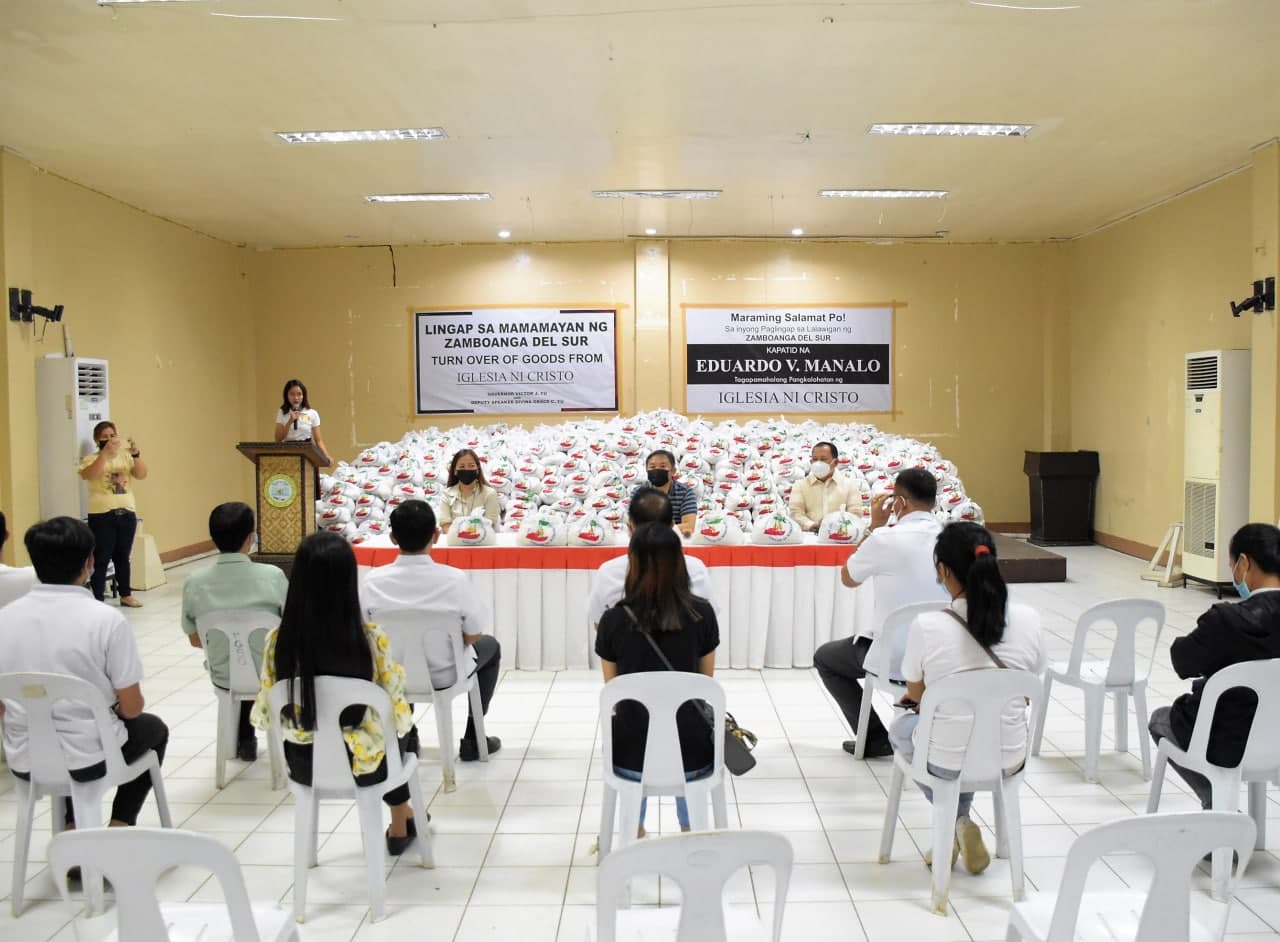 The typhoon caused widespread flooding in Zamboanga del Sur and other Southern Mindanao provinces in mid-May. Worst hit were the towns of Bayog, Lapuyan, Lakewood, and Dimataling. The calamity came just days after the province recorded its highest daily cases of Covid-19 since early this year. As of this writing, the province remains under the Modified General Community Quarantine (MGCQ).

Brother Nelcar Loberiano, district supervising minister, represented the Church and its Administration in the turnover of the humanitarian aid to the said local government unit held on May 21, 2021.

Ms. Divina Grace Yu, District Representative of Zamboanga del Sur’s 1st District and a Deputy Speaker of the 18th Congress of the Philippines, received the relief packages in behalf of the province.

“Sending this much aid to the government is unusual, the usual is people seeking help from the government. We’re so delighted upon knowing there is an institution that helps the local government units. Thank you so much,” she said. — With reports from INC News Section