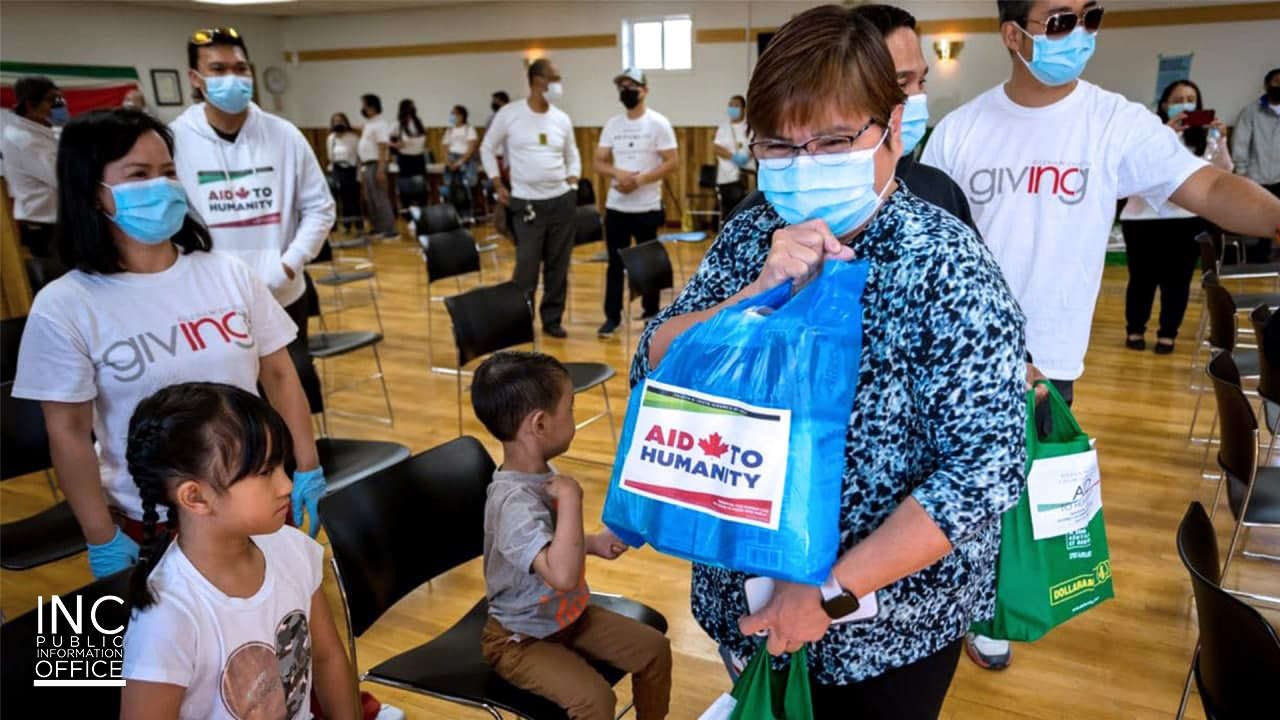 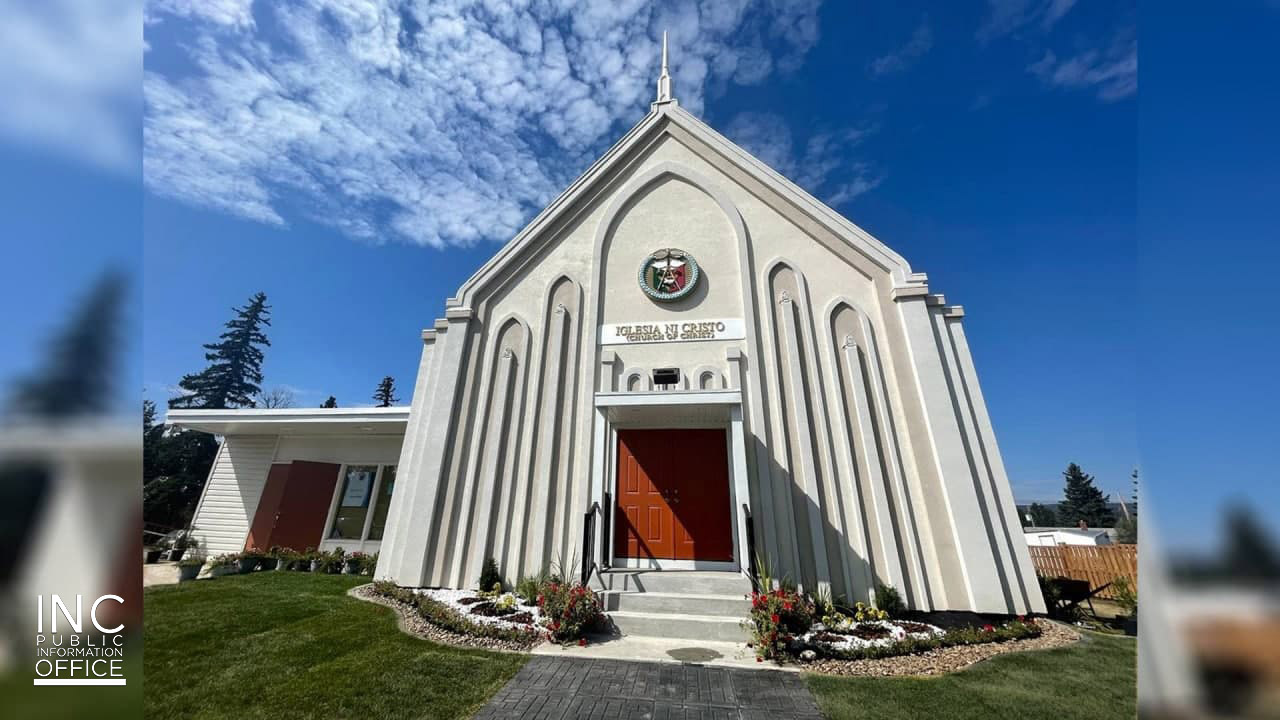 The gathering was officiated by INC Executive Minister, Brother Eduardo V. Manalo, via live video streaming from Manila, Philippines, and was attended by other Church members in various remote sites in North America and Asia.

Prior to the dedication of the worship building in Hinton, INC volunteers from Edmonton drove six hours to Manning, Alberta, to conduct an ‘Aid to Humanity’ event where a total of 700 combined relief packages and boxes of non-perishable items were delivered for the welfare of the indigenous Métis community and the residents of Manning. Leading the event was INC minister of the gospel Brother Voltaire Tamisin, who oversees the Church’s congregations throughout the Edmonton region.

Mayor of Manning Greg Rycroft, Métis Community Representative Doug Trembley, and Manning Food Bank Representative Kim Sheehan were among those who graced the INC-sponsored event, where health and safety measures were observed.

“It makes a difference. Actually the food bank has shortage of food most times, so this [aid] will help immensely,” noted Mayor Rycroft.

Métis Community Representative Doug Tremblay was also handed a cheque donation for two-thousand dollars from the Felix Y. Manalo Foundation (the philanthropic arm of the INC) to further benefit the Métis community.

“This brings the community together. This is wonderful. What you have done is fantastic,” Tremblay said.

He also noted the great number of people who turned up for the event.

Due to the INC’s growing membership in Hinton, the said property underwent renovations in 2019. Despite delays caused by the pandemic, the project was completed in August 2021.  The cost of renovation amounted to more than $253,000, including upgrades and other work to further beautify the worship building.

The renovation work included a new facade and brand-new steeples in accordance with the architectural design of other INC worship buildings around the globe. Other upgrades included a revamped ceiling with chandeliers, a remodeled podium, a brand-new organ for the choir loft, new A/V systems and air-conditioning systems.

INC head deacon in Hinton, Ranilo Gabatino, said that even before the renovations started, they have set devotional prayers for the remodeling, renovation and dedication of the chapel.

As of August 28, 2021, the INC has built and renovated 152 houses of worship since the beginning of the pandemic, as INC members worldwide continue their devotion to worship God. They also remain committed in humanitarian efforts, especially in this time of global crises and uncertainty, by partnering up with local governments and charities in extending assistance to the less fortunate in the areas of livelihood, health and hygiene, and most notably in the field of spirituality, through the sharing of Bible-based doctrines and teachings in different parts of the globe.

The Iglesia Ni Cristo was registered in the Philippines on July 27, 1914 by its first Executive Minister, Brother Felix Y. Manalo. Since then, the Church has spread to 158 countries and territories around the world, with its members coming from 147 ethnic backgrounds. The rapid growth of the Church is spearheaded by the dynamic leadership of the current Executive Minister of the Church, Brother Eduardo V. Manalo. — Courtesy of INC Public Information Office