SURREY, British Columbia - Despite the devastating effects of the COVID-19 pandemic, the Iglesia Ni Cristo (INC or Church of Christ), an international religious organization, overcame all impediments and completed the renovation of a house of worship in Surrey, BC.

The church building, formerly owned by the Surrey Pentecostal Assembly, was purchased for approximately $2,300,000.00 in October 2002 by the INC through voluntary contributions from its members. It then went through renovations to meet INC worship building standards and was first dedicated on October 11, 2003.

As for the INC congregation itself, it was established in June 1996. Hence, the INC in Surrey has been part of the community for the past 25 years.

The 328-seater worship building, located at 15145 68 Avenue, Surrey, BC V3S 2B8, once again opened its doors while adhering to current government restrictions. Via live video streaming from the Philippines, INC Executive Minister Brother Eduardo V. Manalo led a special worship gathering on July 24 to mark the 107th Anniversary of the INC, which re-emerged in the Philippines on July 27, 1914. The gathering also served to simultaneously dedicate several houses of worship in different parts of the world, including the newly renovated chapel in Surrey. To date, 143 worship buildings have been built and renovated during this time of the pandemic.

Despite unavoidable delays due to COVID-19 restrictions, the project officially received its Fire Safety Renovation Permit from the Surrey Fire Department in January 2020 and its Demolition Permit from the City of Surrey in July 2020. More than $1.3 million worth of renovations went into beautifying the property, all through the voluntary contributions of INC members.

During the renovation, the facade was demolished and rebuilt in accordance with the INC’s architectural design, including the adding of three steeples that are prominent in worship buildings worldwide.

The building went through extensive upgrades and fitted with a new, expanded raised podium and choir loft, redesigned ceiling, modernized lighting system in the sanctuary, and a balcony on the second floor to accommodate more worshipers. Stairs were built, one on each side of the foyer. Sanctuary windows were replaced in offices and rooms.

Other upgrades were also done in the building’s facilities. An automatic standby generator was also placed, while a new intrusion system, a security video system, a brand-new organ, and audio and video systems were also installed. Volunteers worked on the exterior of the worship building which was finished with a completely new stucco wall. An open concrete walkway and canopy on one side of the building leading to the podium were also added.  Finally, concrete walkways were built to facilitate exits to the front and rear doors of the sanctuary.

The Iglesia Ni Cristo was first registered in the Philippines on July 27, 1914 by its first Executive Minister, Brother Felix Y. Manalo.  After 107 years, it has spread to 158 countries and territories with its members belonging to 147 nationalities and races.—Courtesy of INC Public Information Office 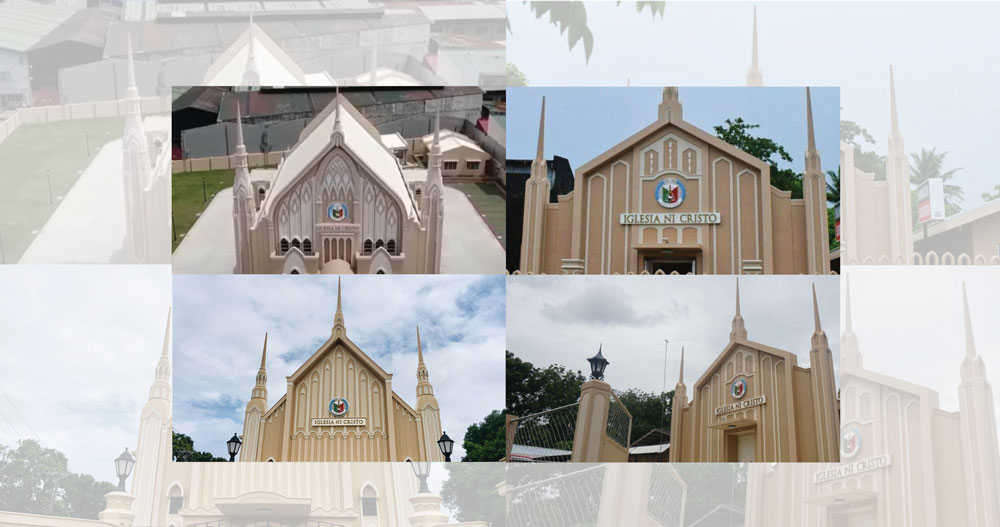 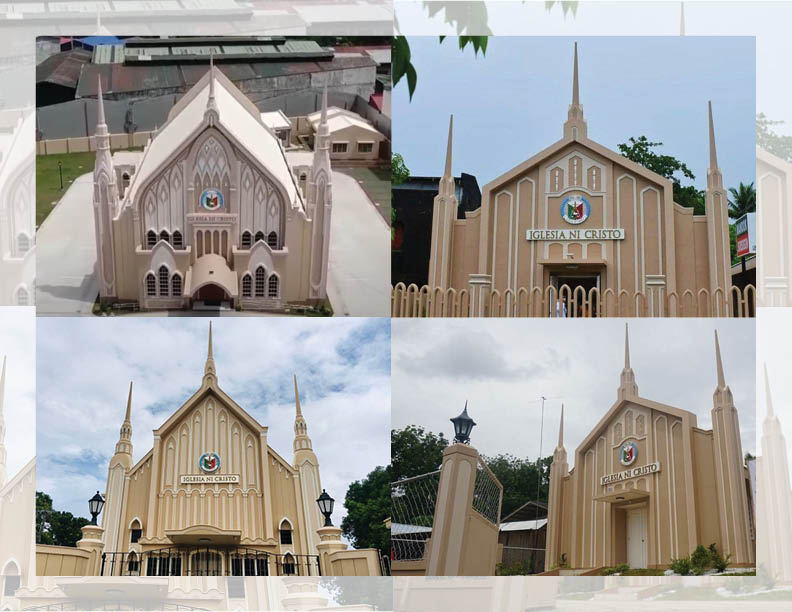 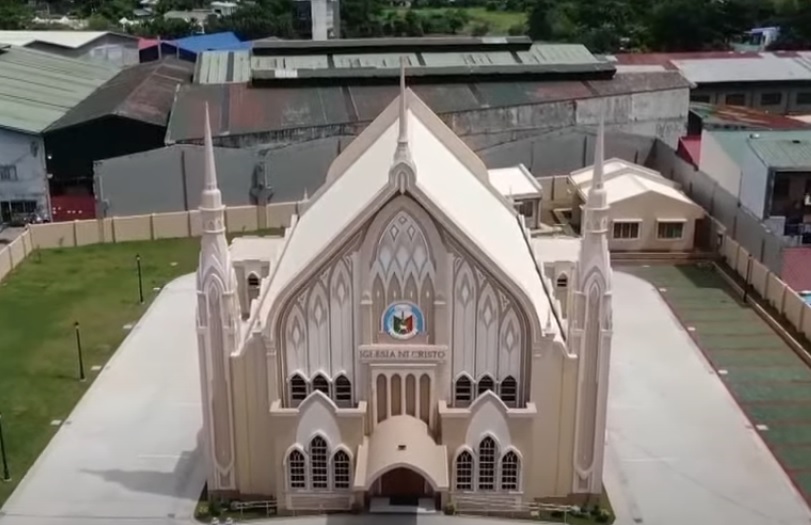 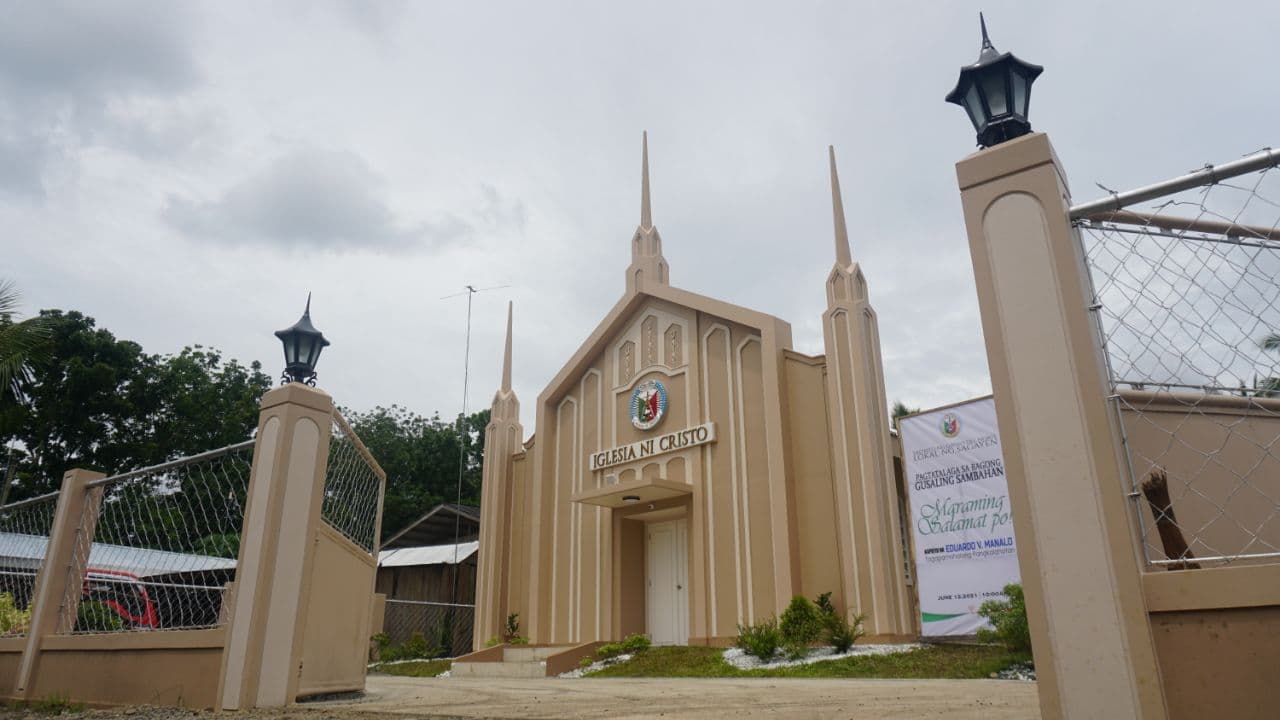 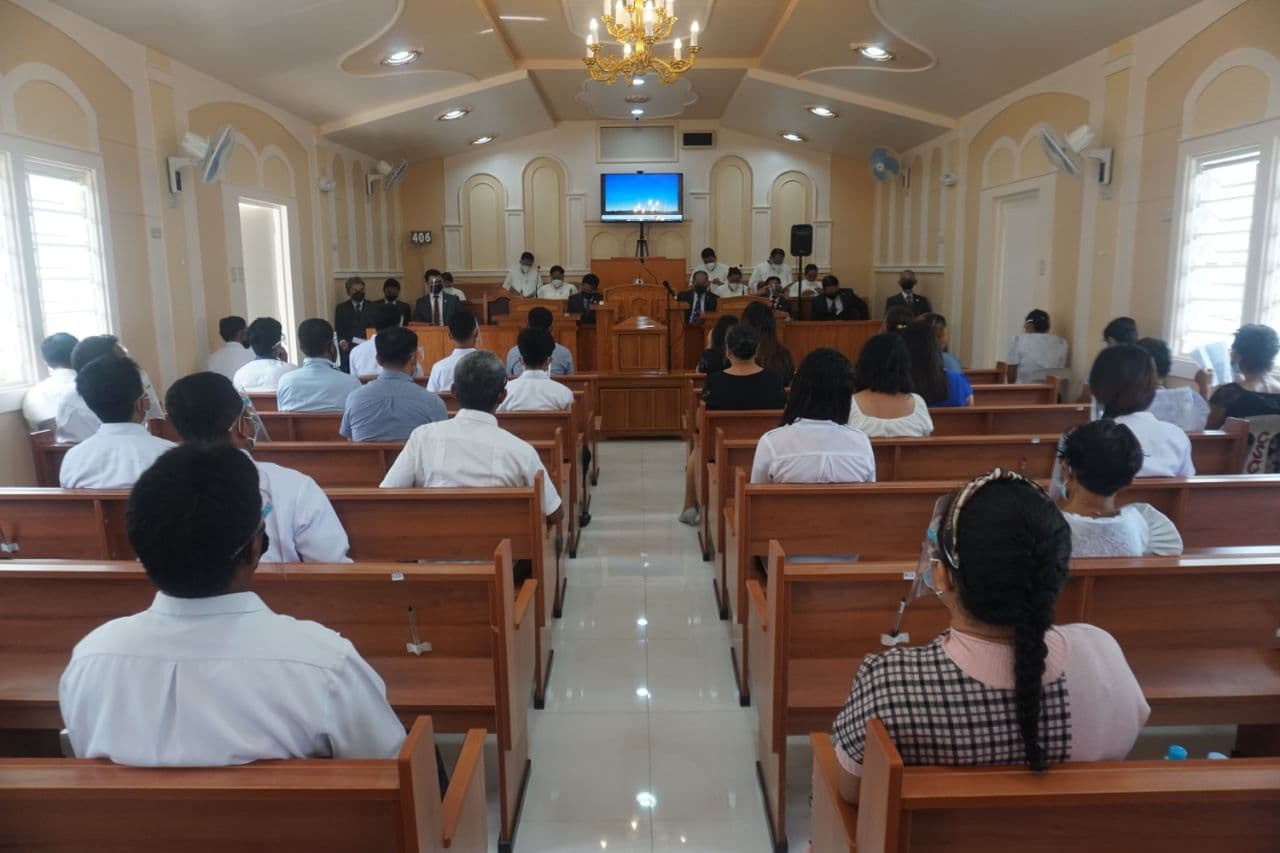 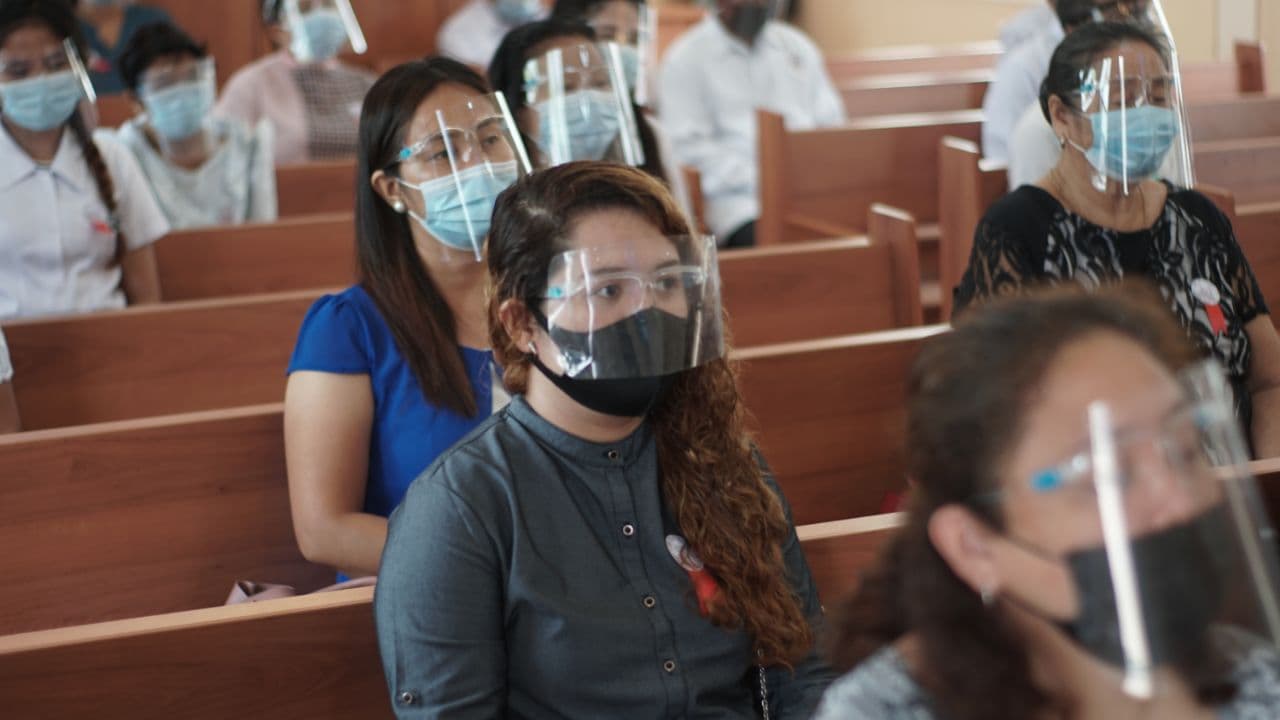 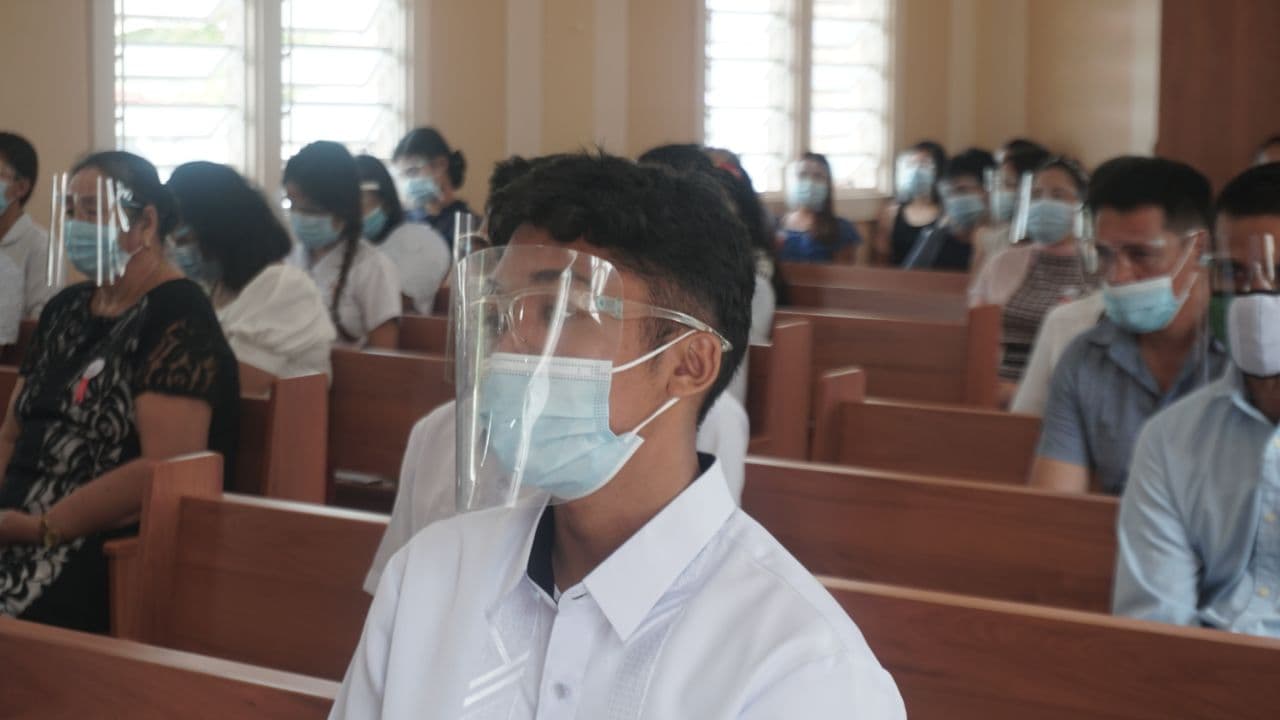 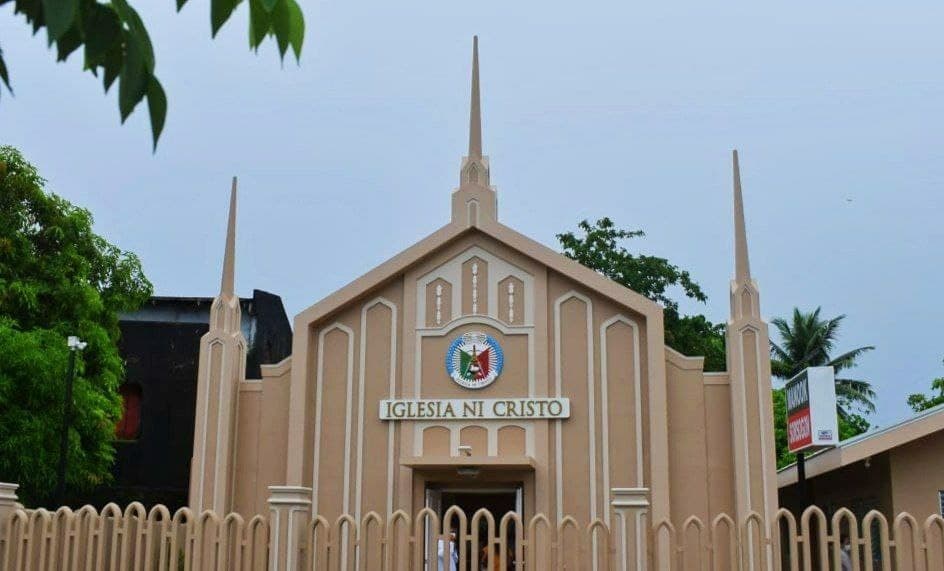 Brother Eduardo V. Manalo, Executive Minister of the Iglesia Ni Cristo (Church Of Christ), officiated at the dedication service to the Lord God of three newly constructed and one newly renovated houses of worship in the Philippines on June 12, 2021.

The special worship service, highlighted by the preaching of the Executive Minister and the ministers-led prayer for the dedication, took place at the Church’s Central Temple and livestreamed to the new houses of worship being dedicated as well as to those of local congregations celebrating their milestone anniversaries in June.

Dedicated to God were the new houses of worship of the local congregations of Maysan, Sagayen, and Manook, ecclesiastical districts of CAMANAVA, Davao del Norte, and Sorsogon, respectively, and the refurbished house of worship of San Jose Local Congregation, Antique Ecclesiastical District.

In his preaching of God’s words, the Executive Minister encouraged the congregants to persevere in safeguarding their membership in the true Church come what may in their lives, to be worthy of receiving salvation on Judgment Day. He advised them to always draw near and pray to God, especially inside the house of prayer, to ask for His favors.

“From all of us in our district, we are thankful, first, to our Father in Heaven and to our Executive Minister for this momentous occasion because despite the pandemic, the Church continuous to triumph and this is evident not only to the brethren but also to all people how the Church’s victory do not falter,” Brother Senen Capuno, CAMANAVA District supervising minister, said. “There is no pandemic that can hinder the fulfillment of God’s promises to the Church ... we will use this new house of worship to continue our worship and services to our Lord God.”

The new house of worship that can sit 500 worshipers at a time is situated at No. 47 Maysan Road, Valenzuela City.

“I am joyful and thankful to our Lord God for giving us a beautiful house of worship,” Elena Nolasco, deaconess from Maysan Congregation, expressed.

“I am out of words in expressing how grateful I am to our Lord God and to Brother Eduardo V. Manalo, for the dedication of our new house of worship,” Manuel Tenaja Sr., head deacon of the congregation, said.

The construction of the house of worship started in March 2020 and was completed after more than 12 months of work.

The Local Congregation of San Jose was established on November 30, 1964. Because of the fast growing number of brethren, the Church built for them a 250-seater house of worship along Bantayan St., Barangay 2, San Jose, which was dedicated to God in December 1975. It underwent general repair in 2003, bringing its seating capacity to 525. In 2019, the Church Administration approved that the house of worship be refurbished again, with improvements such as an LED video wall.

With the addition of these four houses of worship, the Church Of Christ has, from March 2020 up to this writing, dedicated to the Lord God 114 houses of worship amid the pandemic. — With reports from INC News Section 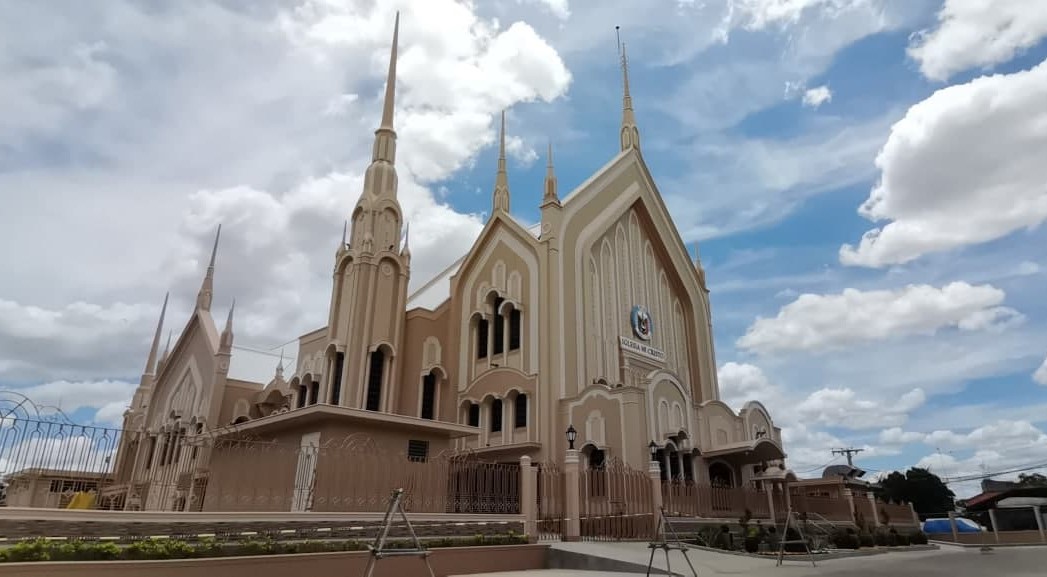 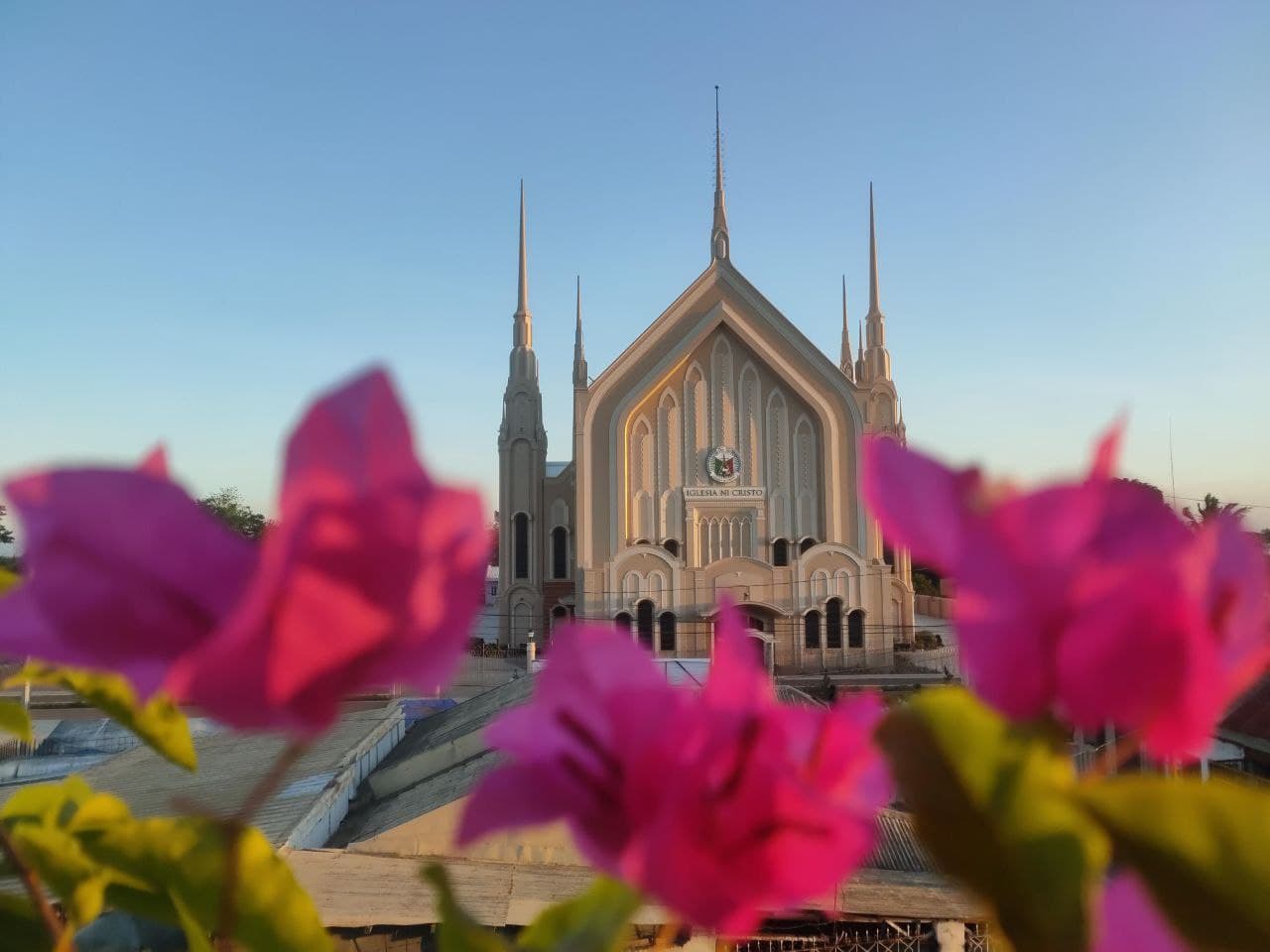 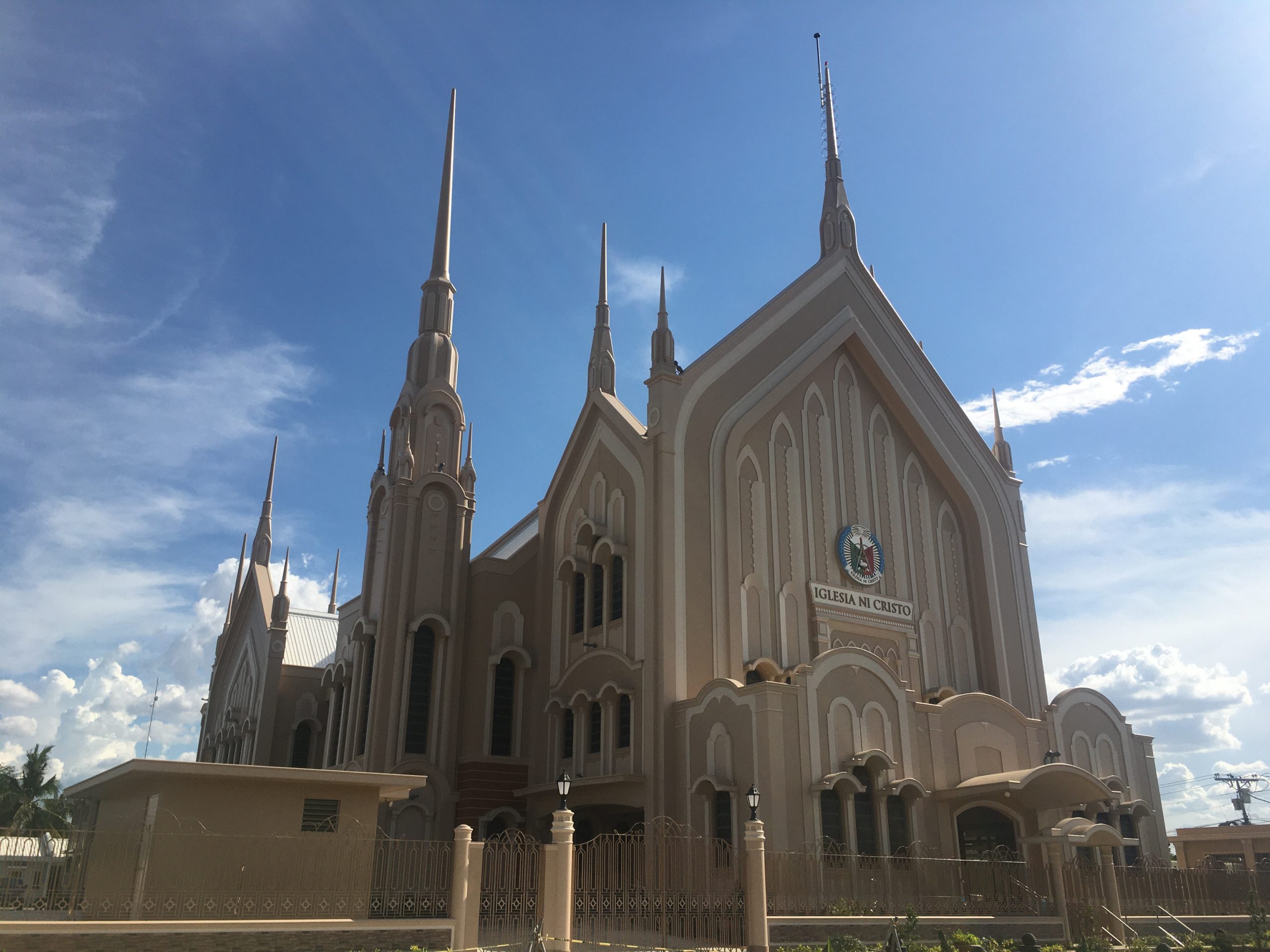 Brother Eduardo V. Manalo, the Executive Minister of the Iglesia Ni Cristo (Church Of Christ), led the dedication to the Lord God of the newly renovated 1,605-seater house of worship of the Local Congregation of Cauayan City.

This was during a worship service he officiated in the Templo Central in Quezon City on May 15, 2021 during which he also ordained 16 new ministers, the third ordination so far this year. The Cauayan City Congregation, together with congregations that marked their milestone anniversaries, connected to the main site via livestreaming.

“The Church Of Christ members from the Local Congregation of Cauayan City received more than what they expected. Theirs is the biggest house of worship ever built in Region 2-Cagayan Valley [Philippines],” said Brother Gil Caberto, district supervising minister of the Ecclesiastical District of Isabela East.

On behalf of the congregation, resident minister, Brother Reyno Lacambra, said, “We thank the Almighty God, and the Church Administration He utilized so that we be blessed to have a big and beautiful house of worship. We promise that we will take good care of it.”

“This is a great blessing from God. Despite the pandemic, it is now completely constructed. This has inspired us to all the more be united in all Church activities,” said Brother Oliver Francisco, congregation’s head deacon. “Through our faith and trust in God, we firmly believe that He will give us spiritual blessings here in the house of worship.”

Sister Remedios Yango was grateful that despite her old age she was not only able to witness the sacred occasion but even performed her duty as choir member. “We will value this new house of worship. Here we will take refuge in God, especially when we have problems. Thanks so much to Him. He let me reach this special day,” she said. — With reports from INC News Section