As a watchman appointed by God over His nation, the one who administers the Church plays a crucial role in leading the Lord’s work and bringing the true Christians towards perfection and salvation.

TRULY A LEADER placed by God, Brother Eduardo V. Manalo, the Executive Minister, has proven his heartfelt dedication to watching over the entire Iglesia Ni Cristo (Church Of Christ).

September 7, 2022 marks the 13th year of his dynamic leadership and guardianship of the Church Of Christ. It is his earnest desire to see its members, who are the elect of God, continue fighting for their faith until the end.

How vital is Brother Eduardo Manalo’s God-given task of watching over His people in these last days? Why is it only fitting and proper for the members of the Church to abide by his administration as the Executive Minister?

A God-given task
To keep watch over His people and warn them of the impending dangers that may hinder them from gaining salvation, God places watchmen in His nation. During the time of ancient Israel, for instance, Prophet Ezekiel was among the watchmen appointed by God (Ezek. 3:17).

Such is also the case in the Church Of Christ in these last days. A prophecy about this Church says:

“On your walls, O Jerusalem, I have set watchmen; all the day and all the night they shall never be silent. You who put to the LORD in remembrance, take no rest.” (Isa. 62:6 English Standard Version)

The “Zion” being referred to symbolizes the Church redeemed with the blood of Jesus Christ (Heb. 12:22–24)—the Church Of Christ (Acts 20:28 Lamsa Translation; Master Study Bible, p. 1840) during the time of the apostles.

However, Prophet Isaiah also prophesied about the “daughter of Zion” that would emerge in the time period called “ends of the earth” (Isa. 62:11–12 King James Version 2000). The fulfillment of the prophesied “daughter of Zion” is the Church Of Christ that emerged in the time when the end of the world is near. This period of time was signified by, among others, the outbreak of the First World War on July 27, 1914 (Matt. 24:3, 33; footnote, Matt. 24:6–8 Last Days Bible). 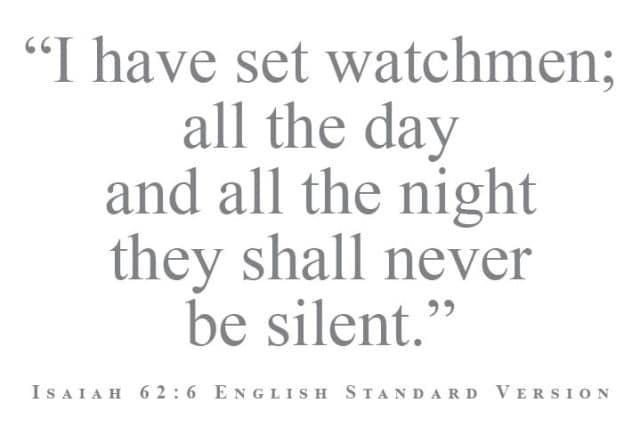 Entrusted, therefore, with the noble task of looking after the welfare of every Church member, God’s “watchmen … all the day and all the night they shall never be silent.” This is the reason the “watchmen” not only tirelessly teach the “righteousness” or the words of God but they also strive to make it bright in the lives of the chosen ones by faithfully upholding His teachings so that our salvation will be like a “burning torch.”

In the Christian era, who serves as the watchman entrusted by God with the task of proclaiming His words and bringing His servants to perfection to ensure salvation? Apostle Paul taught in Colossians 1:25, 28–29:

“I have become its minister, according to God’s administration that was given to me for you, to make God’s message fully known … We proclaim Him, warning and teaching everyone with all wisdom, so that we may present everyone mature in Christ. I labor for this, striving with His strength that works powerfully in me.” (Holman Christian Standard Bible)

Just as what He did with the first-century Church, God has also placed a minister in the Church Of Christ in our time whom He has given the administration of the Church and the authority to preach His truths that must shine brightly in us until we become mature in faith. Today, it is Brother Eduardo Manalo who administers the Church, thus, the watchman who ensures our faith is perfect by teaching God’s words. Among the watchmen whom God also placed to lead the entire Church were Brother Felix Y. Manalo, God’s messenger in these last days, and Brother Eraño G. Manalo.

We, therefore, have the responsibility to always obey what the Executive Minister teaches to us in order to reach the condition that God wants us to be in when Christ returns (Phil. 2:12, 15).

Giving utmost respect
As instructed by the apostles, it is also our duty to abide by the administration appointed by God to administer the Church Of Christ:

“Dear brothers and sisters, honor those who are your leaders in the Lord’s work. They work hard among you and give you spiritual guidance. Show them great respect and wholehearted love because of their work. And live peacefully with each other.” (II Thess. 5:12–13 New Living Translation) 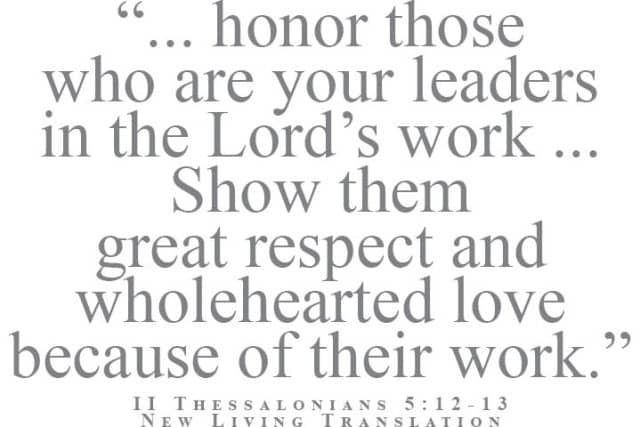 As a watchman appointed by God over His nation, the one who administers the Church plays a crucial role in leading the Lord’s work and bringing the true Christians towards perfection and salvation. Thus, it is only proper to give our “great respect and wholehearted love” to him. We know and see how Brother Eduardo Manalo works hard to give the spiritual nourishment that we truly need, most especially in these times of great sorrows. Hence, we must recognize his labors by according him respect and love. As taught by Apostle Paul, this is how we can show and prove our love to the Executive Minister:

“Obey your spiritual leaders, and do what they say. Their work is to watch over your souls, and they are accountable to God. Give them reason to do this with joy and not with sorrow. That would certainly not be for your benefit.” (Heb. 13:17 NLT)

The salvation of our souls is at stake if we do not obey our spiritual leader. Apostle Paul cannot emphasize enough how vital the role of the spiritual leader is in ensuring that we are well-guarded from anything that may keep us from dwelling in the heavenly abode. Hence, obedience and submission to God’s teachings in the Bible taught to us by the Executive Minister is essential to receiving eternal life.

Safeguarding the faithful
Fully aware of the trials that we go through day by day, the Executive Minister safeguards our faith so that we will not be defeated by our enemy. To be able to do so, he exhorts us the same way as Apostle Peter urged the brethren then to “Be sober, be vigilant; because your adversary the devil walks about like a roaring lion, seeking whom he may devour. Resist him, steadfast in the faith, knowing that the same sufferings are experienced by your brotherhood in the world” (I Pet. 5:8–9 NKJV).

The devil, who is our enemy, is redoubling his efforts in deceiving and destroying our true faith to hinder us from achieving our goal. Now more than ever, we must be sober and vigilant because “the devil … is filled with fury, because he knows that his time is short” (Rev. 12:12 New International Version). 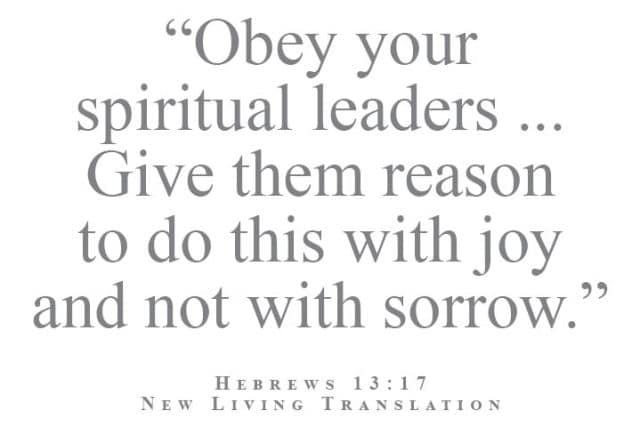 As the time of the fulfillment of our redemption or salvation is getting closer and closer, the time for the devil to carry out his evil schemes is getting shorter and shorter as well. In deceiving people, he uses instruments, among them are false preachers:

“At that time many will turn away from the faith and will betray and hate each other, and many false prophets will appear and deceive many people. Because of the increase of wickedness, the love of most will grow cold.” (Matt. 24:10–12 NIV)

That is why Brother Eduardo Manalo never ceases to remind us to prioritize our worship of God and our services to Him. For when we constantly obey God’s true teachings, we are protected from evil and become more certain of our salvation.

Placing our faith in God
To help us receive what we ultimately hope for, another biblical teaching that we often hear from the Executive Minister is this advice given by Apostle Peter:

“Cast every worry you have upon Him, because He cares for you. … And God, the giver of every spiritual blessing, who through your union with Christ has called you to His eternal glory, after you have suffered a little while, will Himself make you perfect, firm, and strong.” (I Pet. 5:7, 10 Williams New Testament)

Apostle Peter’s counsel to the Christians back then is still relevant nowadays because many people are overtaken by worry and anxiety due to the worsening situation of the world. Thankfully, we often receive encouragement from our Executive Minister, through God’s words, by reminding us to cast our worries upon God.

Remember how the love of God was manifested in us by calling us into the true Church Of Christ. Thus, we can always cast our worries upon God who is the “giver of every spiritual blessing.” There is no reason for us to get weak even when obstacles abound in our journey toward the Holy City because God truly cares for us and will help us overcome all of these. When we are beset with woe, He will certainly make us “perfect, firm, and strong.”

The untiring efforts and loving concern of Brother Eduardo Manalo for the entire Church only shows that he is indeed the God-appointed watchman who strives day and night to bring us all to salvation. Thus, the Church members all over the world remain one with him in striving to live in obedience and holiness as God’s elect whom He will grant life eternal.