DO YOU KNOW of VIPs or very important persons? Who are they? What did they do to make it on your list? Each of us have our own set of standards against which we measure the worth of individuals. More often than not, we use those standards in identifying the persons important to us. On the other hand, unlike man’s subjective standards or perception, righteous is the yardstick that God uses in counting people important to Him. Who are important to God? What makes them important to Him? Most importantly, why should people strive to be counted among those who are important to Him? And how tragic is it if one isn’t among such people?

The Bible declares that man’s condition in the sight of God is deplorable—he is worthless:

Based on the Bible, because man has sinned, he became worthless or unimportant to God. Worse, God decreed that man shall pay for his sins (Rom. 6:23)—the full payment of which is eternal punishment in the lake of fire:

“But the cowardly, unbelieving, abominable, murderers, sexually immoral, sorcerers, idolaters, and all liars shall have their part in the lake which burns with fire and brimstone, which is the second death.” (Rev. 21: 8 New King James Version)

No matter what one’s nationality is, no matter what he has acquired in this world, no matter how exalted he is in the sight of his peers, but in the eyes of God, man is worthless and condemned to eternal punishment. Since all people have sinned, it is imperative then that all seek to be extricated from the condition of being worthless, to being important God.

The people who are important to God are His chosen ones:

“You are a holy nation. The LORD your God has set you apart for himself. He has chosen you to be his special treasure. He chose you out of all the nations on the face of the earth to be his people. The LORD chose you because he loved you very much. …” (Deut. 7:6-7 New International Reader’s Version)

The Israelites became God’s special treasure. They had ceased from being worthless when He set them apart and chose them to be His people. They deemed Him important because of their calling and election from Him. But when they turned their backs on God, He rejected them (Dan. 9:11). In time, God chose another people for Himself:

“But you are a chosen generation, a royal priesthood, a holy nation, His own special people, that you may proclaim the praise of Him who called you out of darkness into His marvelous light.” (I Pet. 2:9 NKJV) 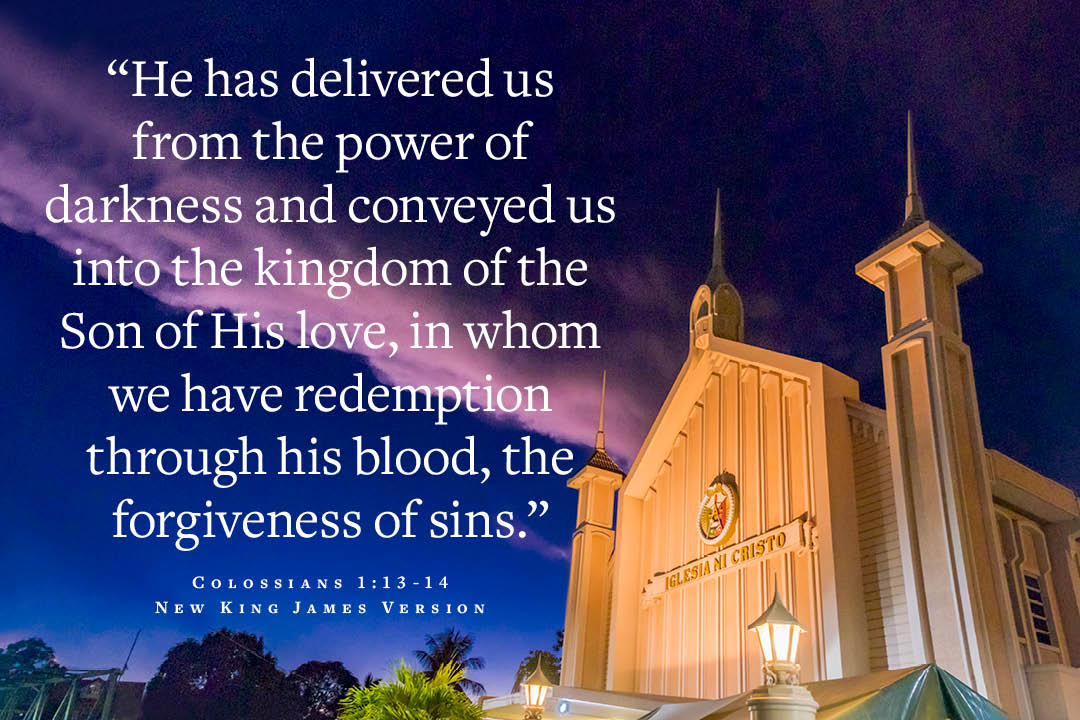 The ones referred to in the verses are God’s “own special people” in the Christian era. According to Apostle Peter, He called them out of darkness into His marvelous light. Clearly then, as it was in the time of ancient Israel, in the Christian dispensation of time, being chosen by God—their divine calling and election—made people important to Him. Apostle Paul revealed who God’s people are in the Christian era:

“Giving thanks to the Father who has qualified us to be partakers of the inheritance of the saints in the light. He has delivered us from the power of darkness and conveyed us into the kingdom of the Son of His love, in whom we have redemption through his blood, the forgiveness of sins.” (Col. 1:12-14 NKJV)

Those whom God called from the darkness into the light are the ones redeemed with the blood of His Son, Jesus Christ. They have been forgiven of sins, so they have become important to God.

As to which was redeemed with the blood of Christ, this is what is recorded in the Bible:

The Lord Jesus Christ purchased or redeemed with His blood the “church of Christ.” Hence, in the Christian era, those whom God has chosen as His “own special people” are the members of the Church Of Christ. They are the ones who are important to Him because they have the divine election. 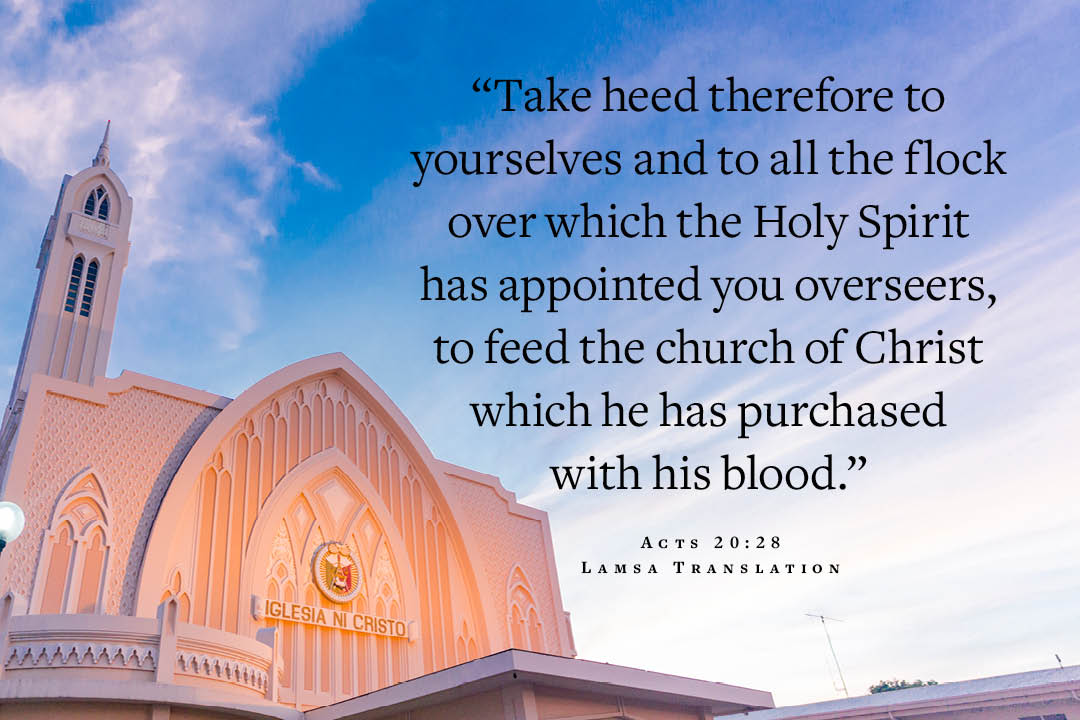 Just like the ancient nation of Israel, the first-century Church Of Christ turned away from God. This fact is proven by the Bible and history. Knowing this, the Almighty God, long ago already spoke about His sons and daughters from the “ends of the earth:”

“Fear not, for I am with you; I will bring your descendants for the east, And gather you from the west; I will say to the north, ‘Give them up!’ And to the south, ‘Do not keep them back!’ Bring My sons from afar, And My daughters from the ends of the earth” (Isa. 43:5-6 NKJV)

The “east” that the Prophet Isaiah mentioned in his prophecy as the place where the children of God would come from is the “far east” (Isa. 43:5 Moffatt Translation). The time of their emergence is the “ends of the earth” or the time when the end of the world is “at the doors:”

“And as he sat at the mount of Olives, the disciples came unto him privately, saying, Tell us, when shall these things be? And what shall be the sign of thy coming, and of the end of the world? … So likewise ye, when ye shall see all these things, know that it is near, even at the doors.” (Matt. 24:3 & 33 King James Version)

The time “ends of the earth” began at the onset of the war that the Lord Jesus Christ foretold:

“And you will hear of wars and rumours of wars. See that you are not troubled; for all these things must come to pass, but the end is not yet. For nation will rise against nation, and kingdom against kingdom. And there will be famines, pestilences, and earthquakes in various places. All these are the beginning of sorrows.” (Matt. 24:6-8 NKJV)

The fulfillment of the prophesied war is the First World War which broke out on July 27, 1914. On that day, the “ends of the earth” began, the time of the emergence of God’s children from the Far East.

That the Iglesia Ni Cristo (Church Of Christ) emerged in the Philippines, a country in the Far East, and was registered with the government on the same day the First World War broke out proves that it is God’s nation in these last days. It is where the sons and daughters of God can be found. Being counted among God’s children is a proof in itself that one has ceased being worthless before His sight because they stand to inherit His promises:

“And if children, then heirs—heirs of God and joint heirs with Christ, if indeed we suffer with Him, that we may also be glorified together.” (Rom. 8:17 NKJV)

Hence, all people should strive to join the Iglesia Ni Cristo (Church Of Christ). It is what people need so that they will become important to God and be spared from the eternal punishment He has foreordained for those who have sinned.