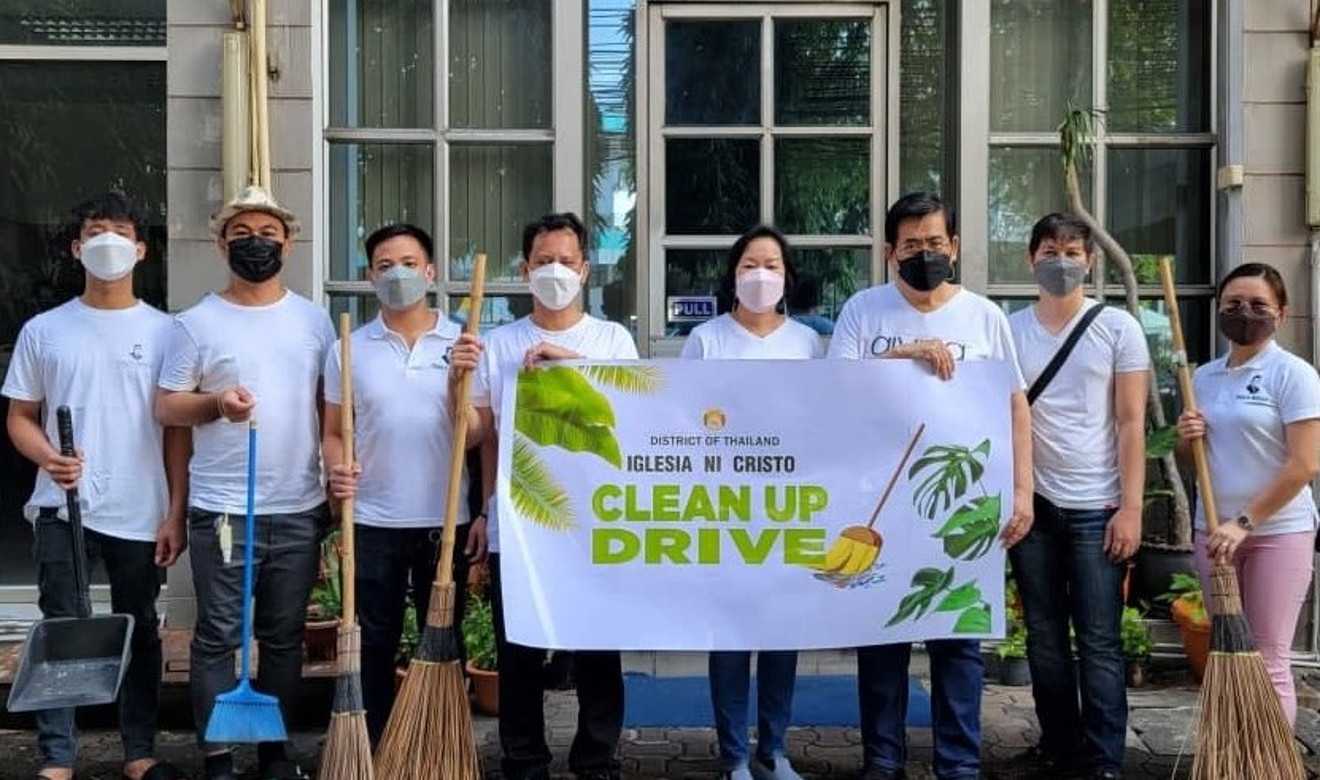 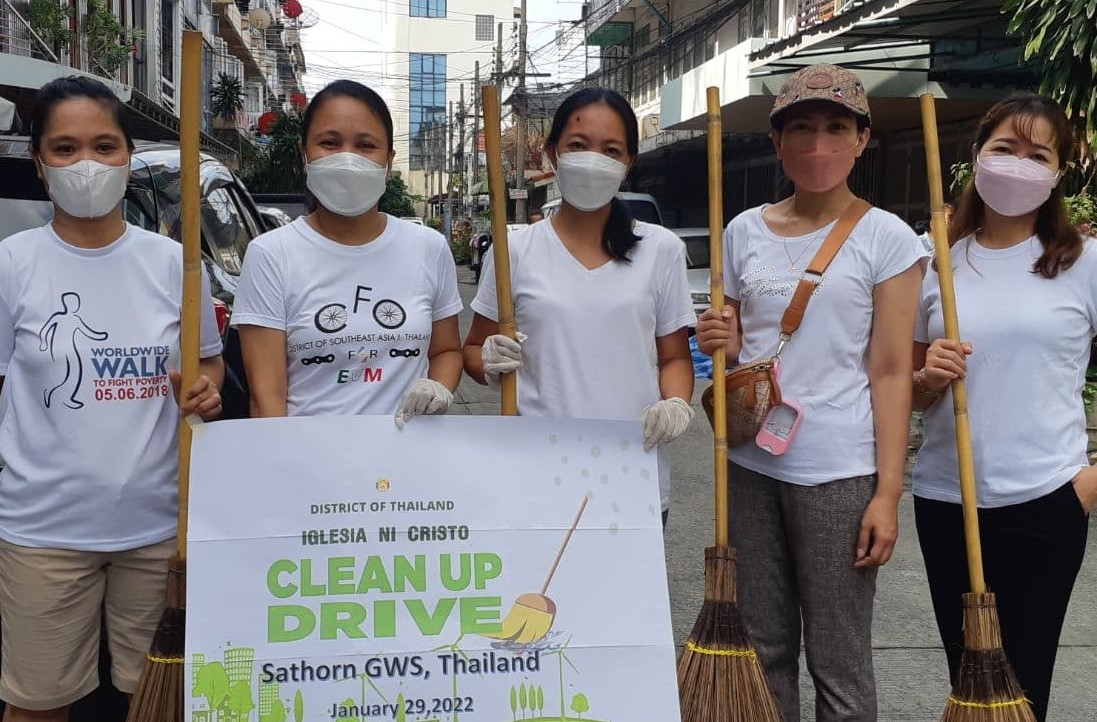 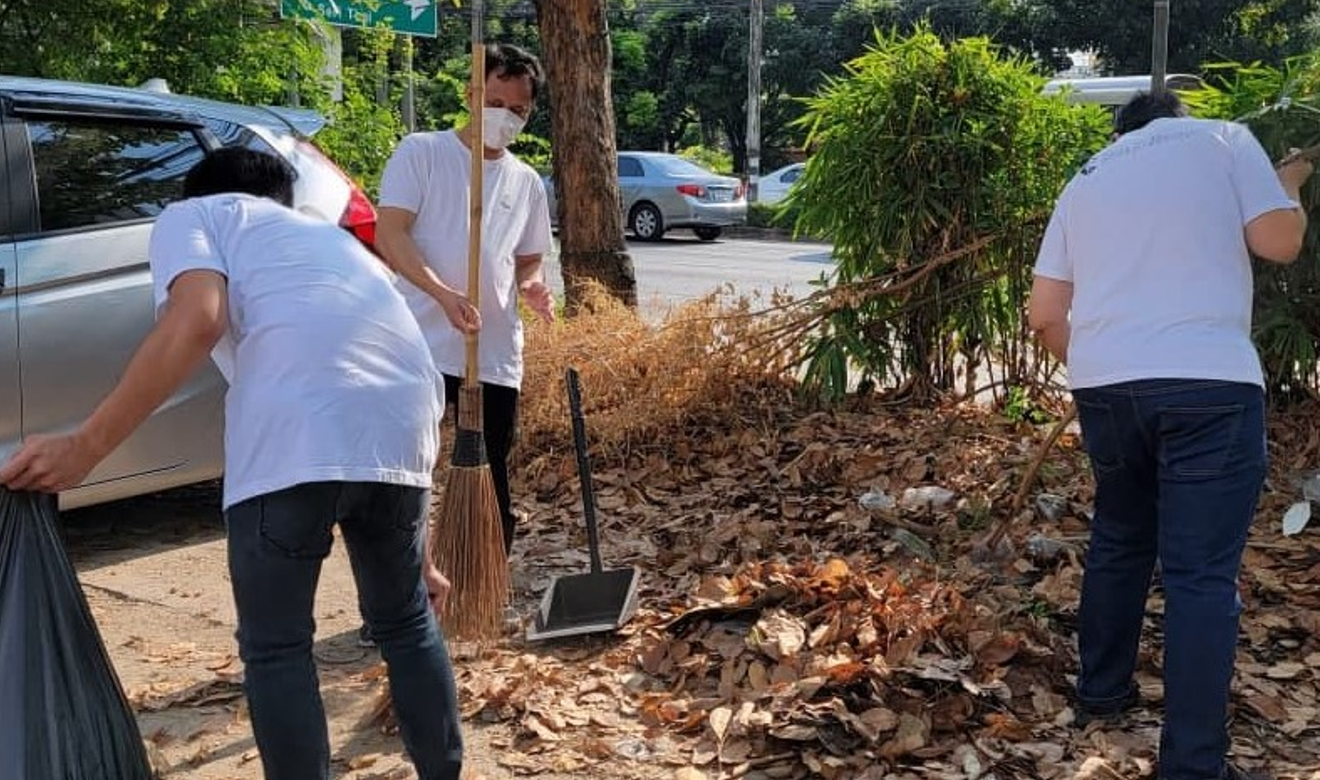 On January 29, 2022, Iglesia Ni Cristo (Church Of Christ) congregations in the cities of Bangkok, neighboring Nonthaburi, and Pathum Thani held simultaneous clean up drives, as part of the socio-civic activities lined up for this year by the Ecclesiastical District of Thailand.

The activity came at a time when government authorities have noted an increasing trend in the volume of garbage in the Bangkok over the recent years. “The amount of contaminated waste grew from 61.19 tonnes a day in April [2021] to 120 tonnes a day in mid-August, which exceeds [Bangkok’s] incineration capacity of only 70 tonnes a day,” according to the Bangkok Metropolitan Administration (bangkokpost.com). Contaminated waste includes discarded face masks and shields, and antigen test kits.

The activity not only showed “concern for the environment, and our fellowmen, but also paved a way for the brethren to come together” said Brother Willen Regalado, the district supervising minister. On behalf of the brethren, he added, “We will consistently unite with the Church Administration in all Church endeavors.”

“The brethren here in our district enthusiastically joined in the activity. They gathered early at the designated sites and, as one, went on to clean the said areas. It is our hope that Church activities like this would foster concern for a clean environment not only in our brethren but also among the residents,” said Brother Junie Alarin, the district overseer of the Christian Family Organizations (CFO). — With reports from INC News Section