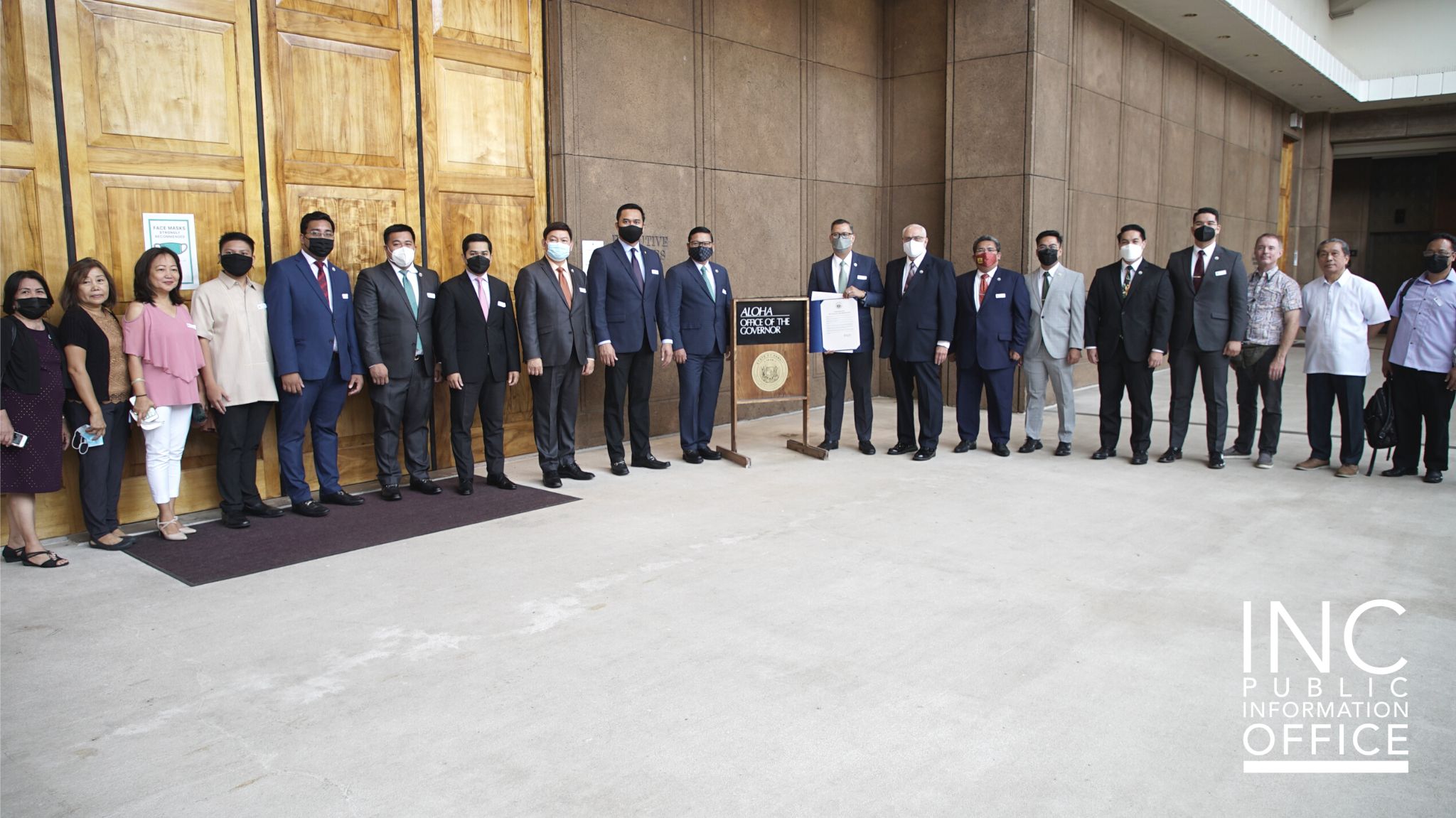 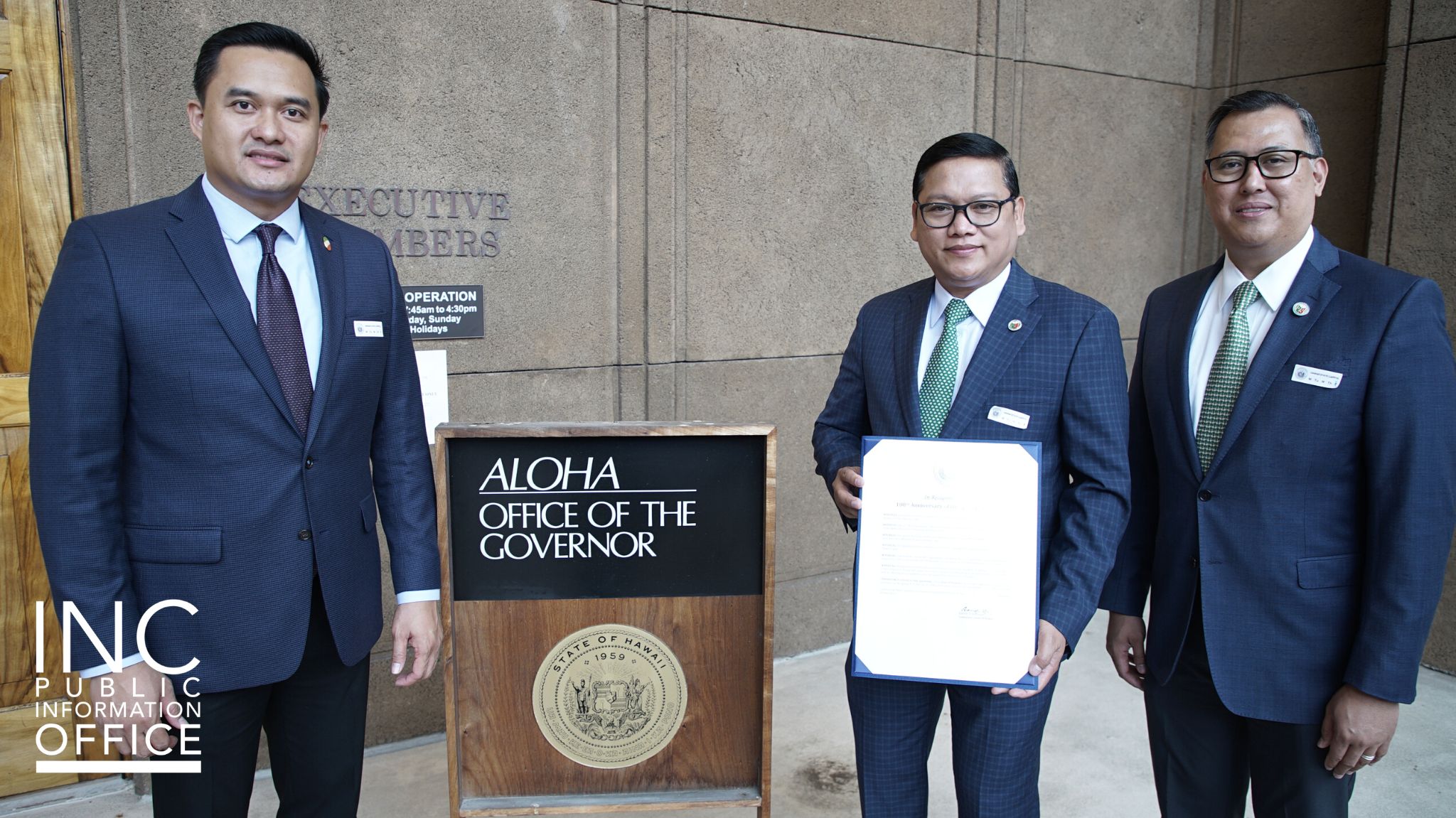 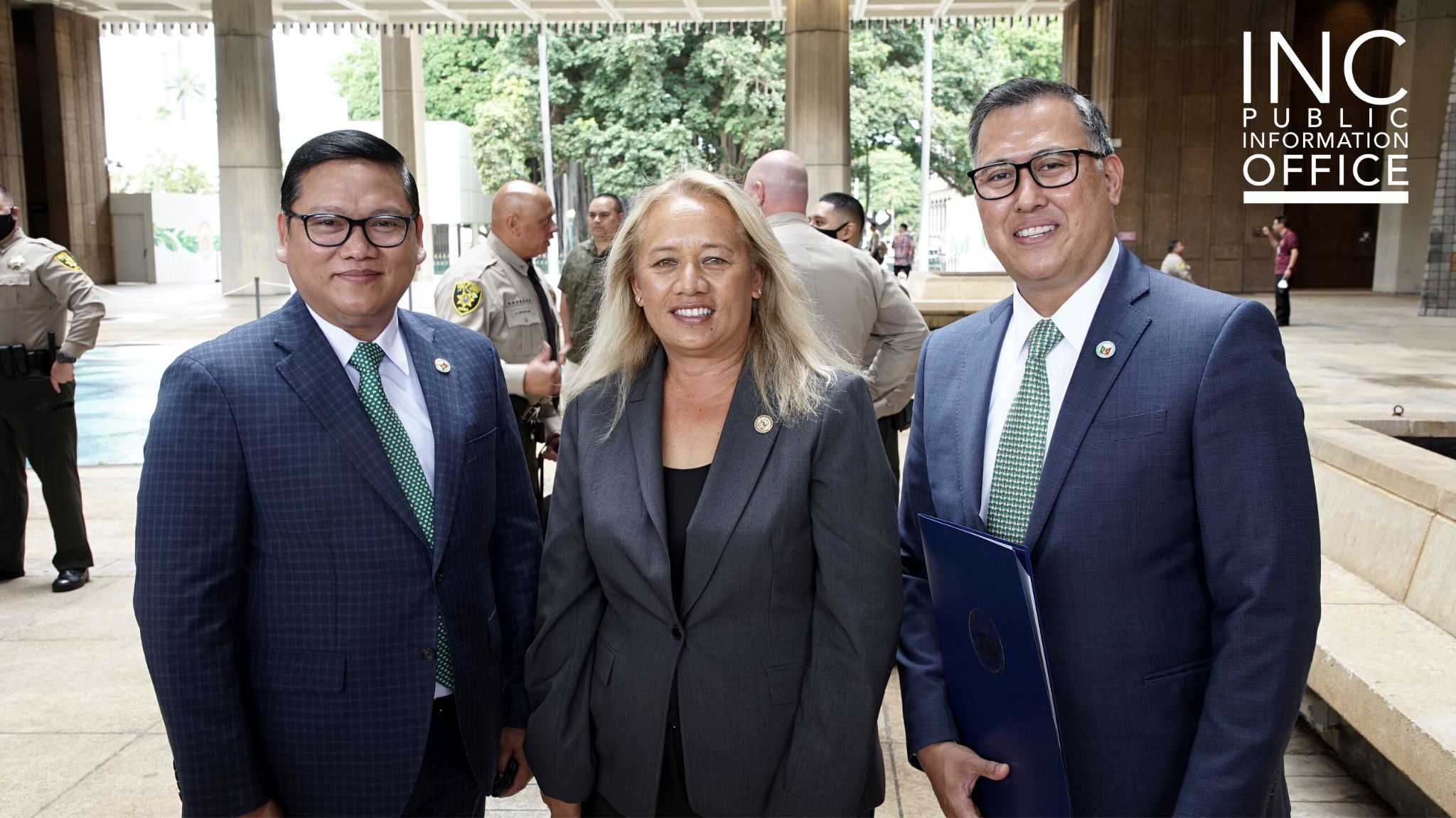 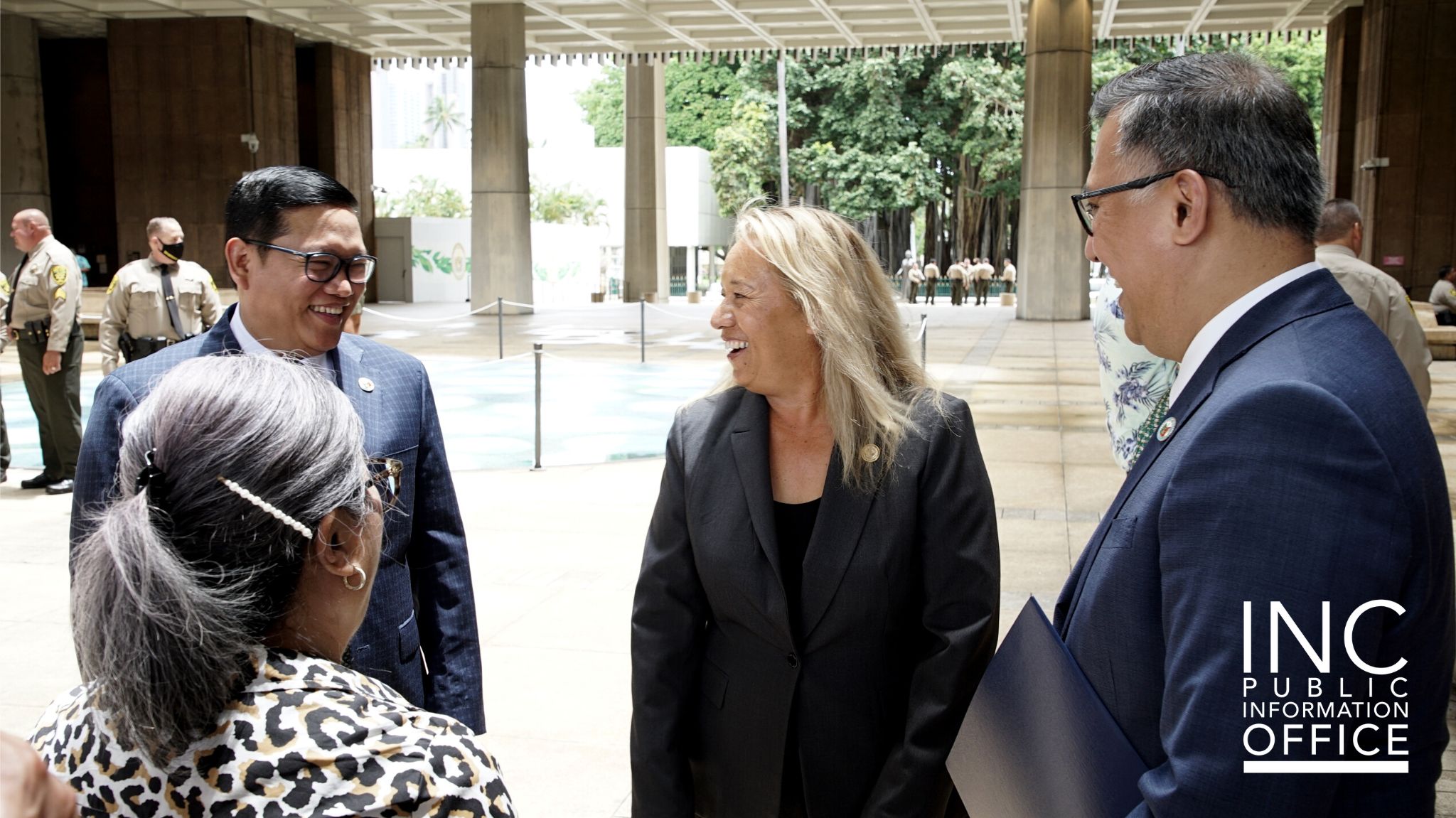 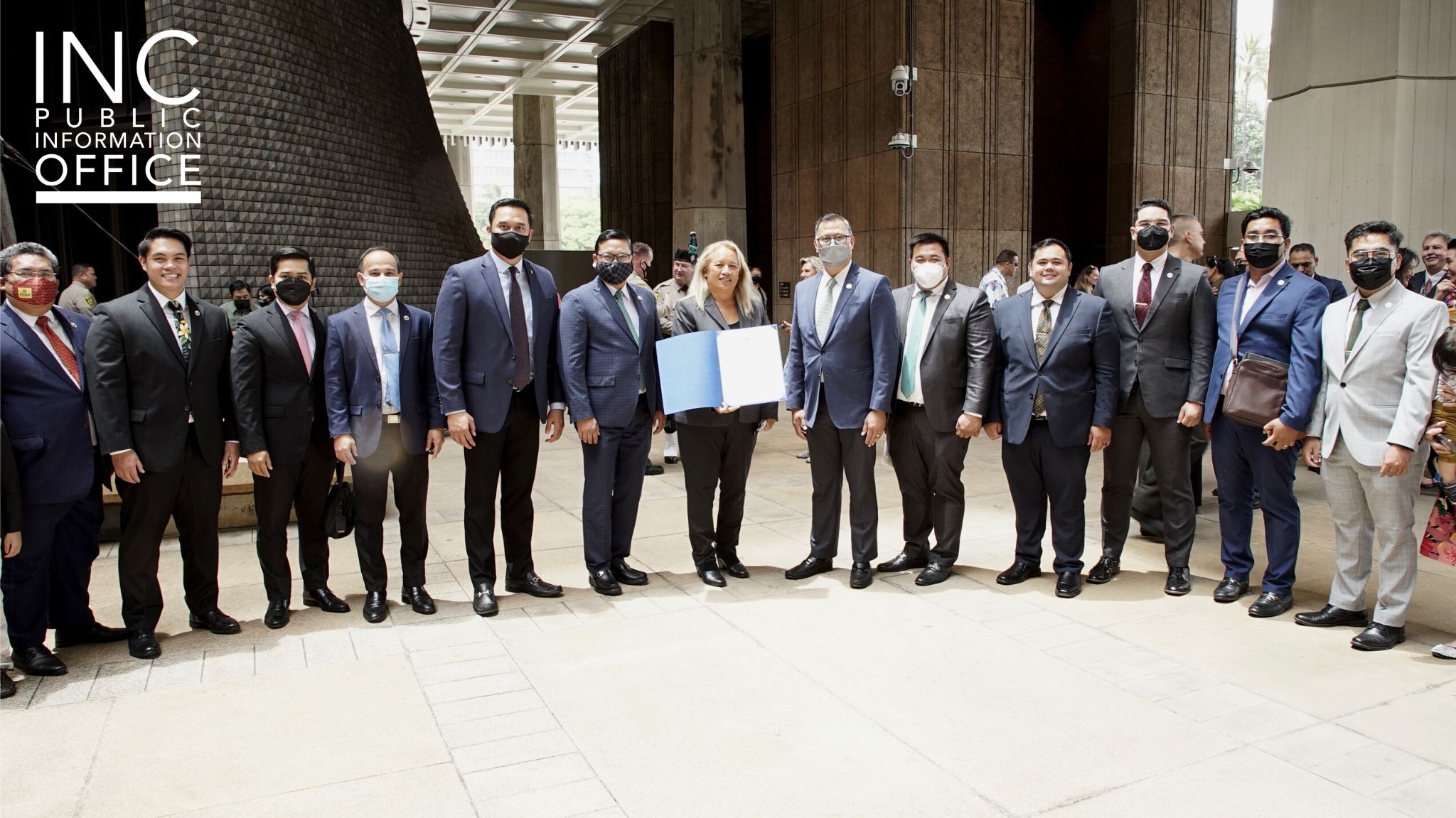 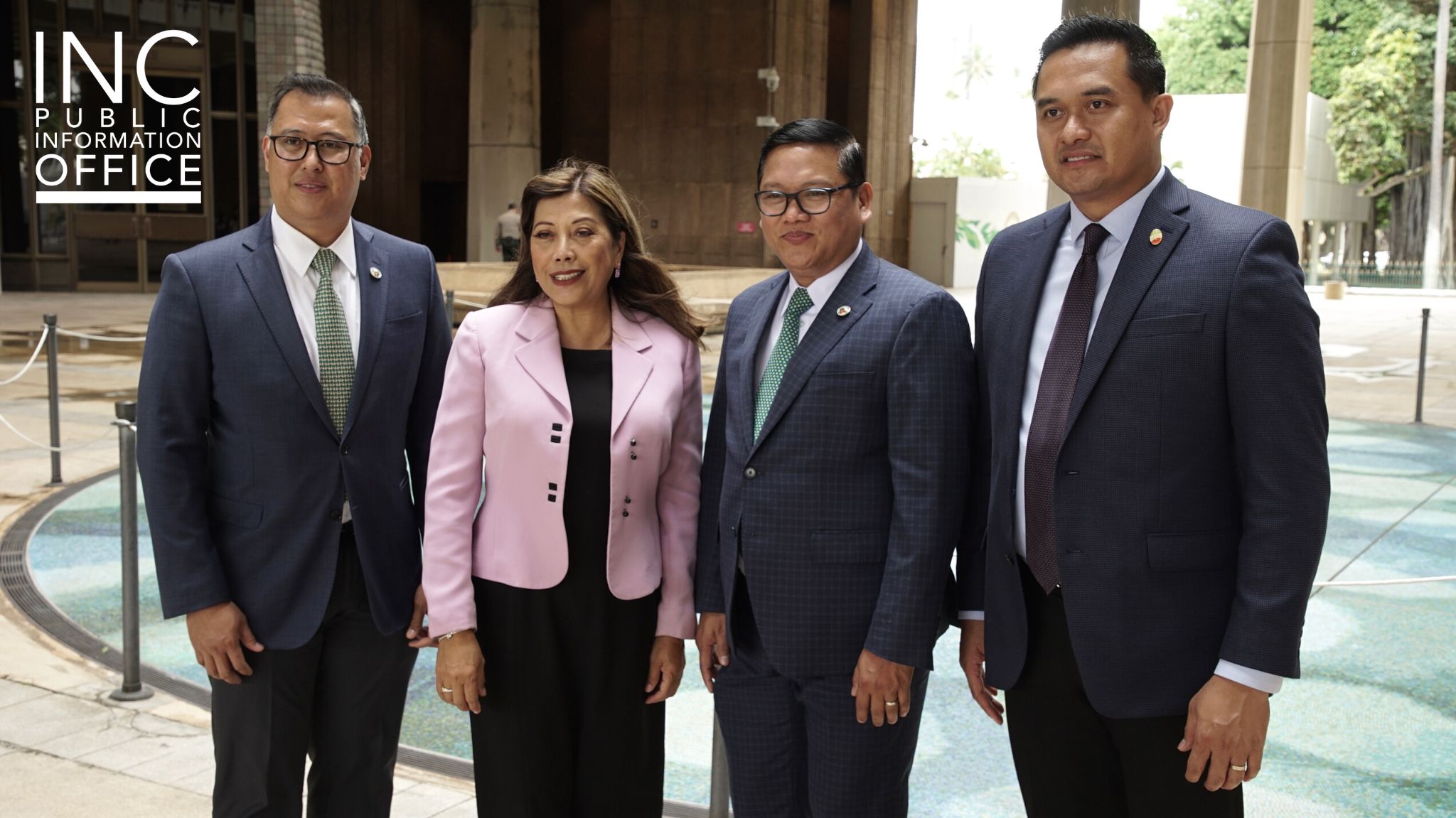 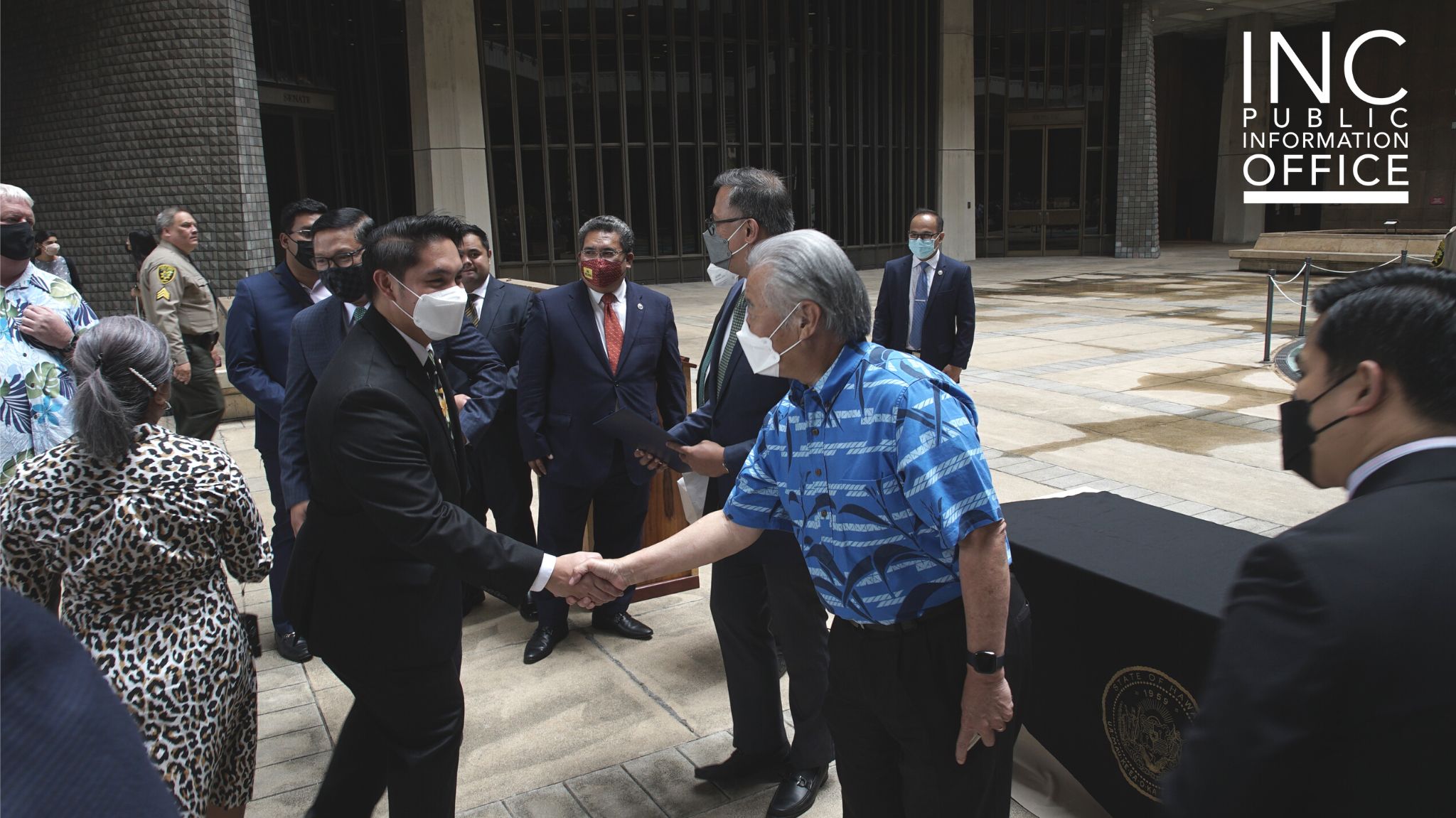 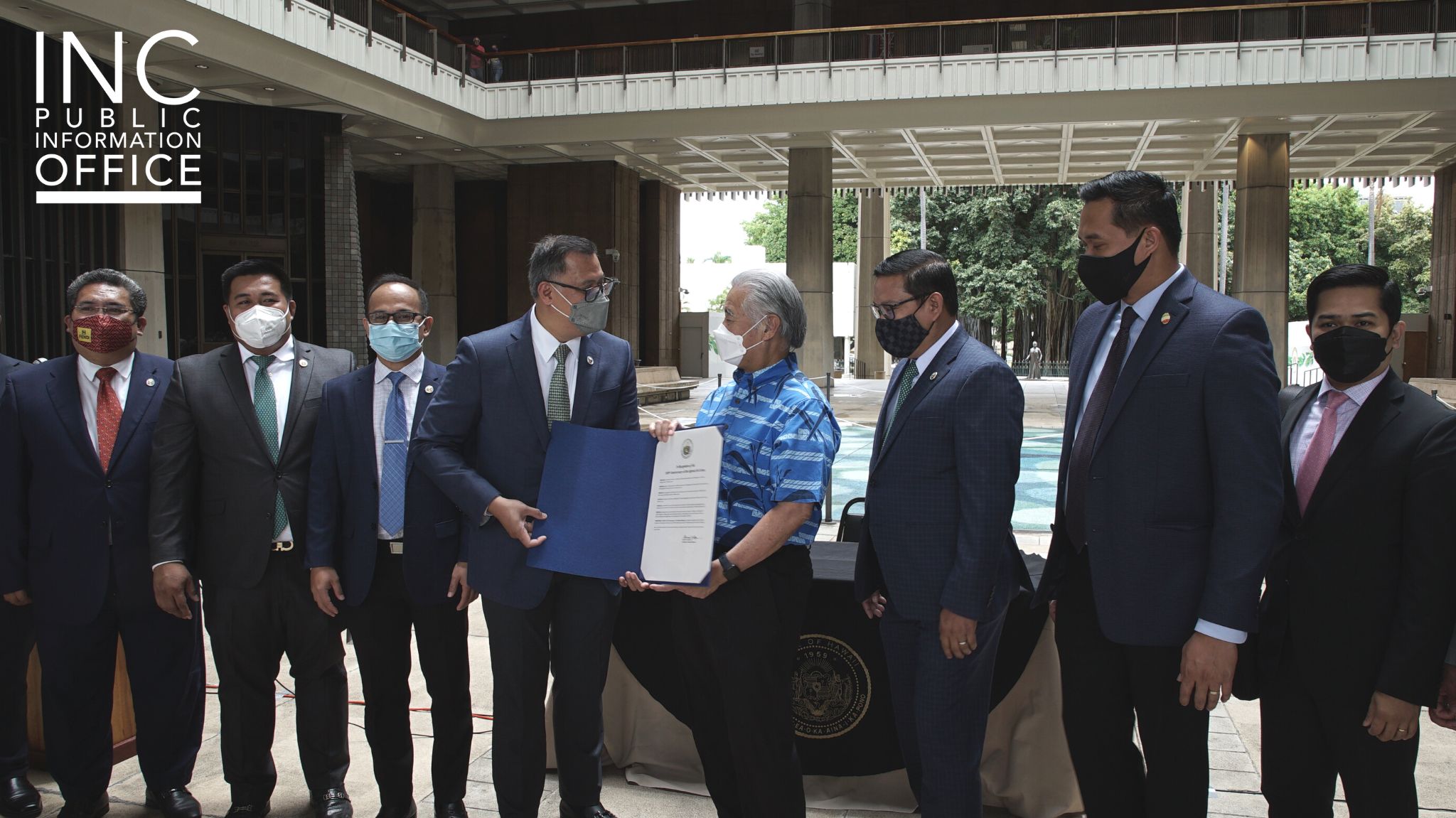 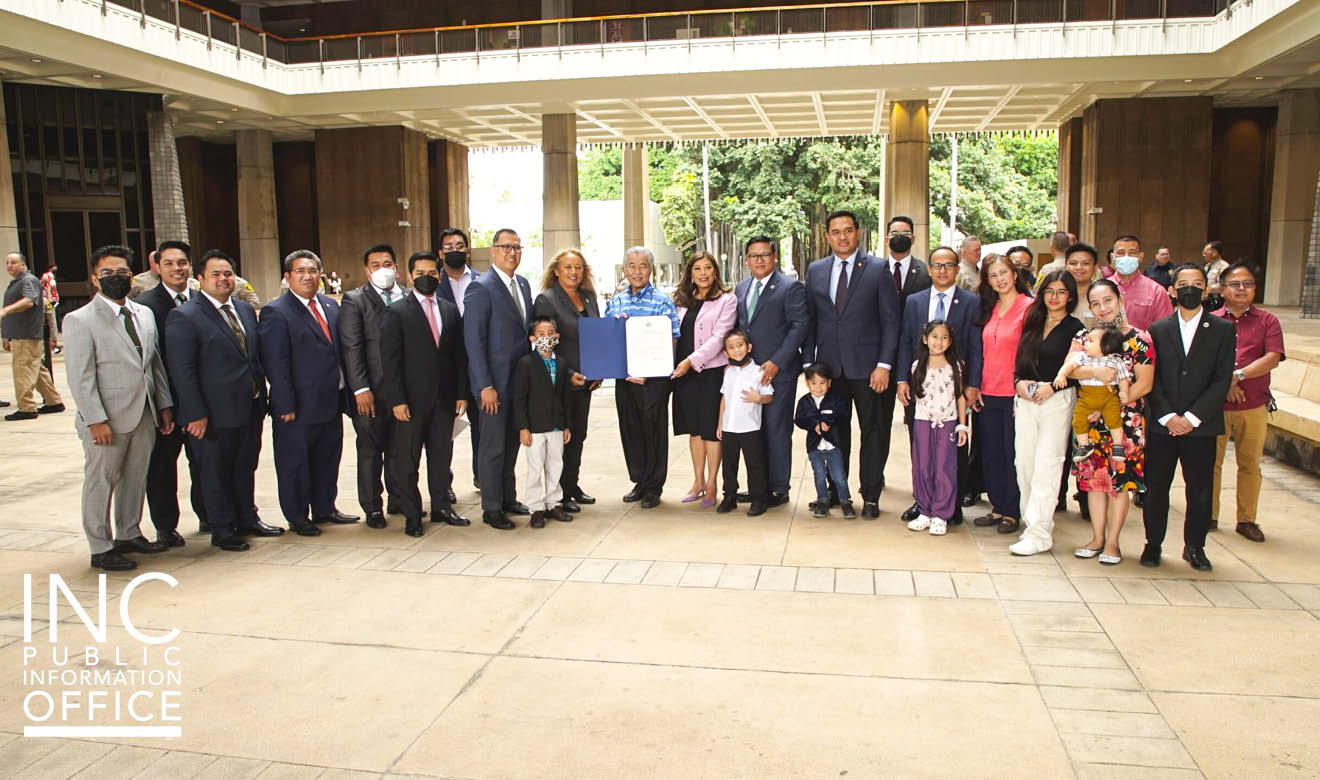 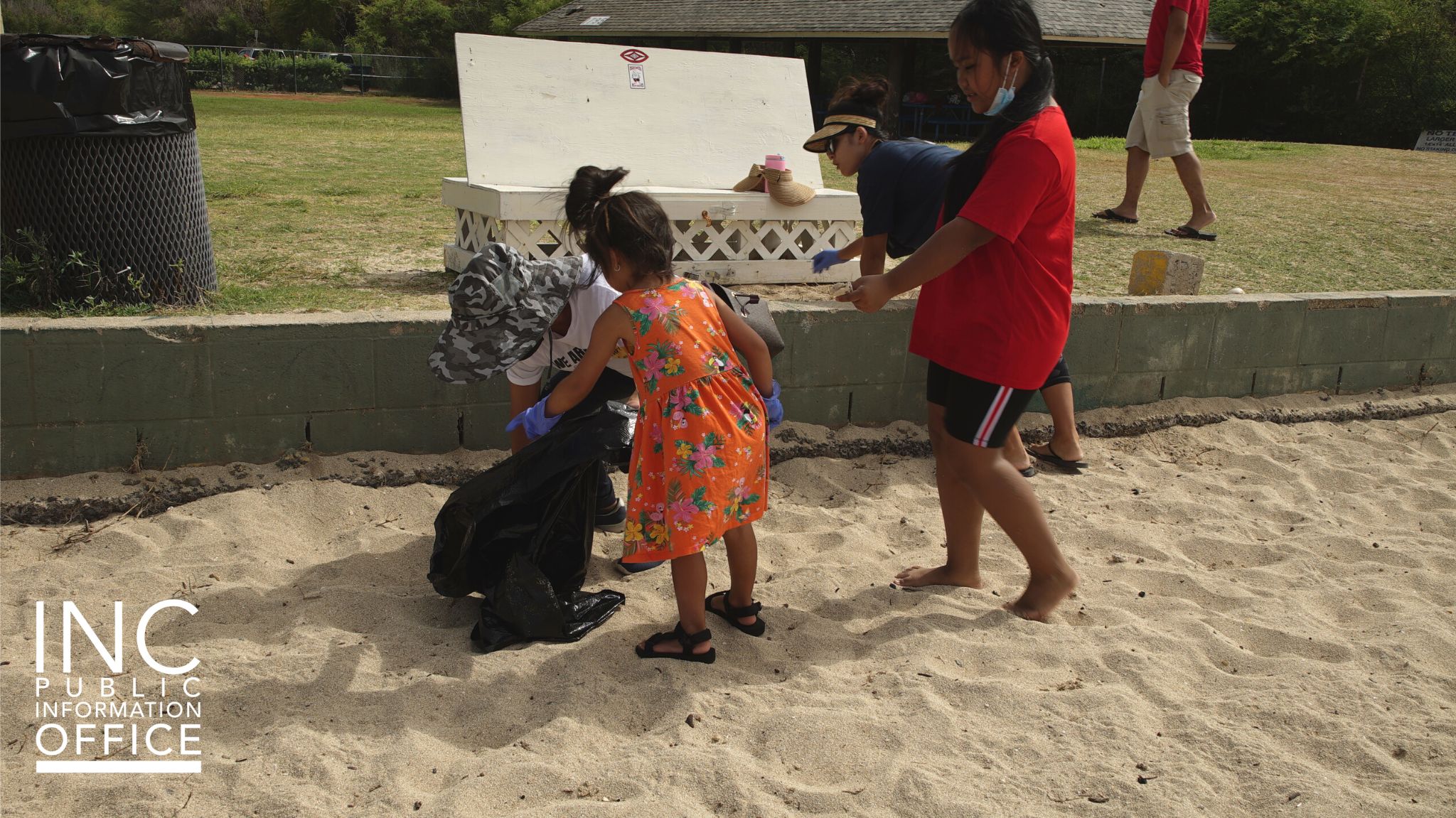 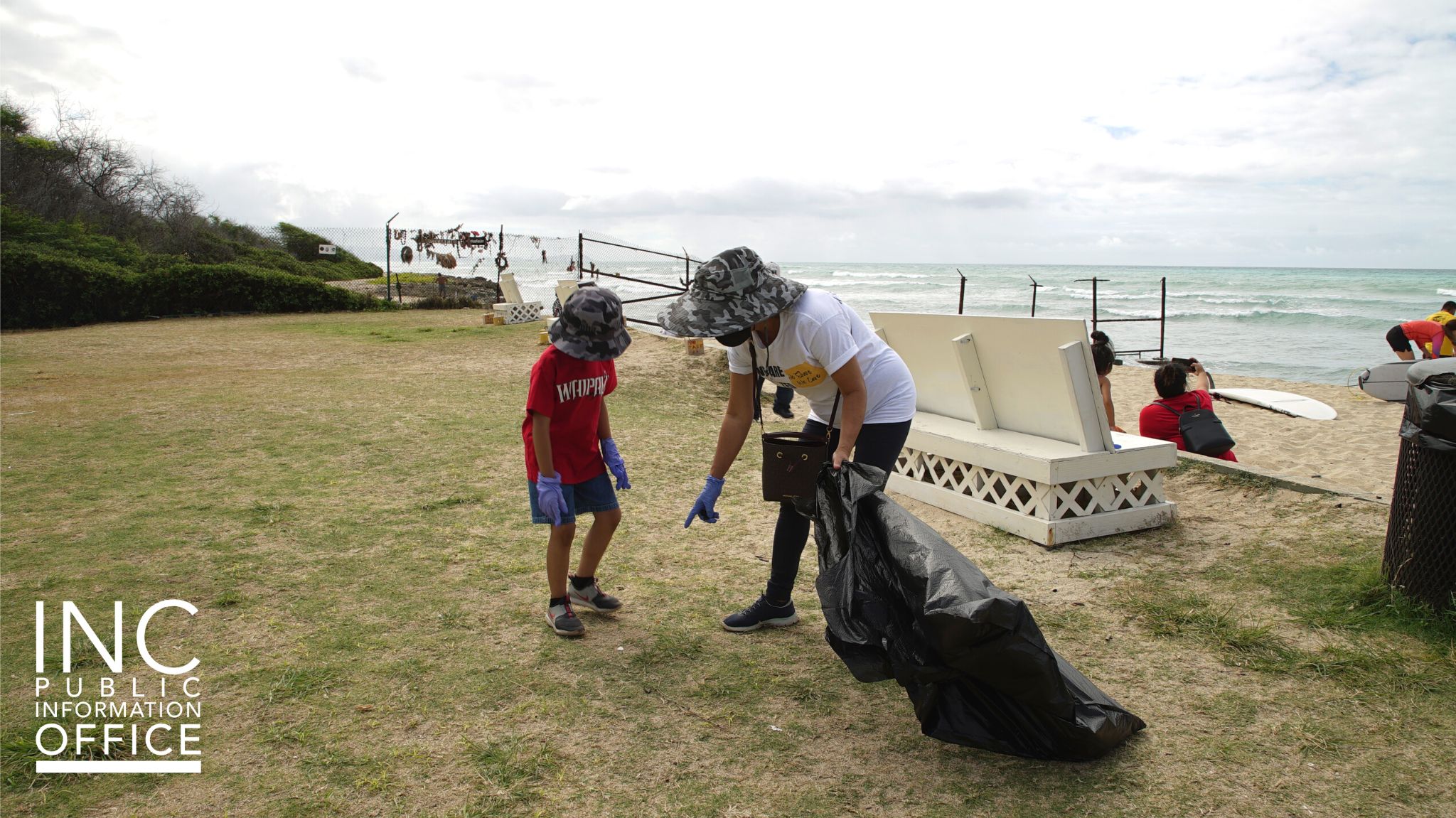 Governor Ige congratulated the INC Church officials and members and presented the Church with an honorary certificate, particularly for reaching the 108th anniversary of the Church and 54th anniversary in Hawaii.

Brothers Eduardo Javier and Voltaire Tamisin, INC ministers, received the honorary certificate on behalf of the Church and the Church Administration.

Brother Javier noted that, despite the Governor’s busy schedule, “this day is important to us, memorable to each one of us because the people here, especially the people of the government, recognize the importance and the impact of the Iglesia Ni Cristo in Hawaii, particularly here in Honolulu.”

The honorary certificate indicates that “through the current leadership of Executive Minister Eduardo V. Manalo, the Iglesia Ni Cristo remains a strong and active community partner, participating in city and statewide events as well as offering encouragement, care, and support for the people of Hawaii.”

The INC established its first mission outside the Philippines in Hawaii in 1968.

Hawaii Senator Bennette Misalucha expressed that the INC is “so dedicated [and] very integral to the growth of [the] community.”

She emphasized to the INC, “I want to commend you for your efforts for your humanitarian outreach, and of course, it reflects on the leadership [of the Church].”

Following this occasion, members pursued acts of kindness around the Islands. INC congregants in Oahu conducted a beach cleanup at White Plains Beach, corresponding with the government’s observance that the INC remains a strong and active community partner in Hawaii.

Senator Misalucha greeted the Executive Minister of the Iglesia Ni Cristo (Church Of Christ) Brother Eduardo V. Manalo, “But I also want to give my special aloha to Brother Manalo for all his love and support of the people of Hawaii.”

The Iglesia Ni Cristo (Church Of Christ) continues to grow worldwide and has reached 161 countries and territories, with its members from 149 races and nationalities. — Courtesy of INC Public Information Office