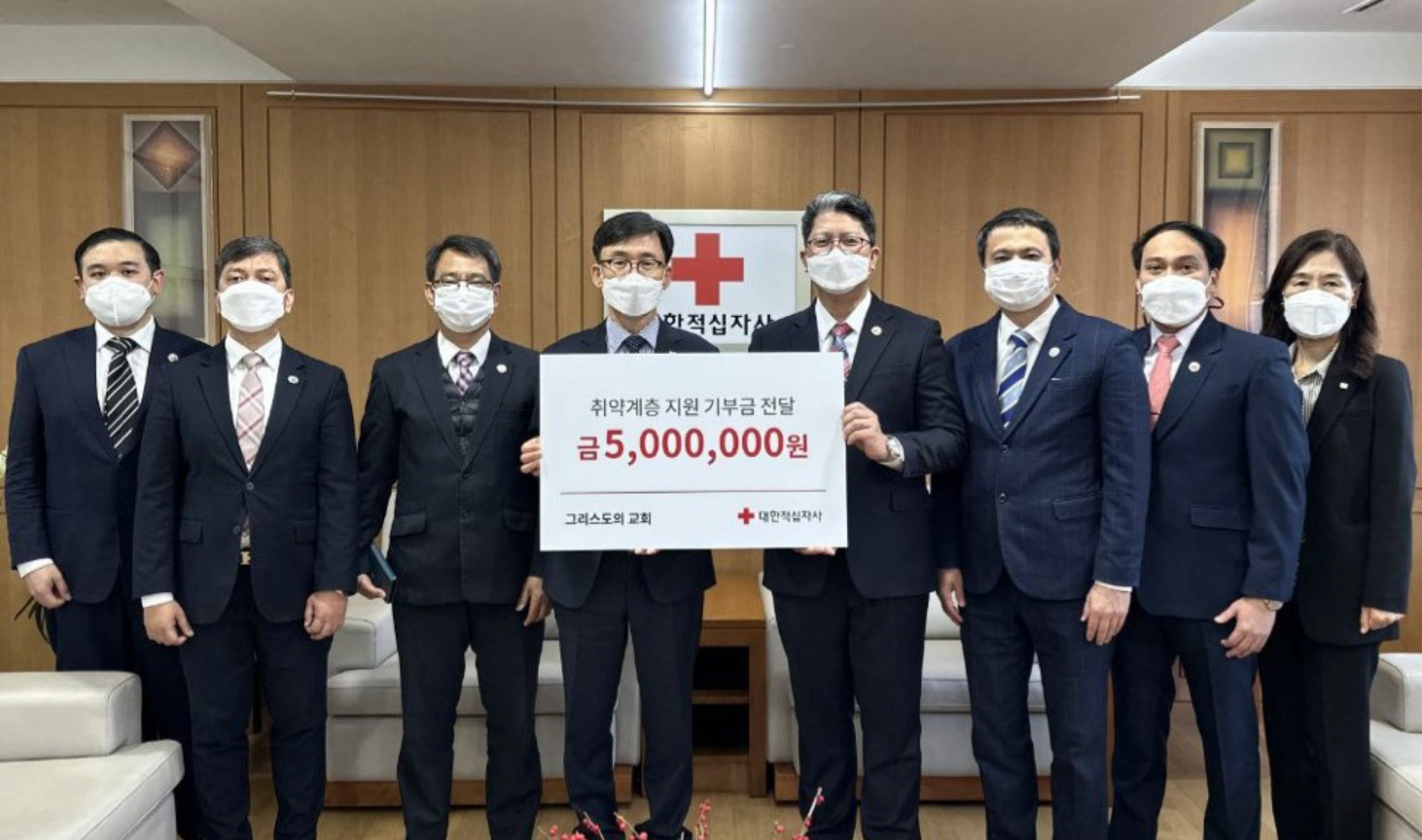 The Iglesia Ni Cristo (Church Of Christ), through the Ecclesiastical District of South Korea, donated to the Korean Red Cross (KRC) a sum amounting to 5,000,000 South Korean won (KRW).

Brother Roderick Yome, the district supervising minister, led a delegation of ministers and brethren at the turn-over ceremony which was held at the KRC’s headquarters in Jongno, Seoul City on October 31, 2022; also the birthday of Brother Eduardo V. Manalo, the Executive Minister.

“This act of kindness was done in honor of God’s teaching, which is to help those who are in need,” said Brother Yome.

Mr. Lee Cheong Seon, Secretary General of the Korean Red Cross, received the donation. He said, “I would like to thank the Church Of Christ for the generous cash donation it extended. This donation will be helpful in carrying our mandate of saving people’s lives.” He went on to say that “in pursuit of our global mission to protect and save lives, precious donations [to the KRC] will be delivered to the vulnerable groups, such as single elderly households, children raised by grandparents, and others who do not receive government support.” — With reports from INC News Section