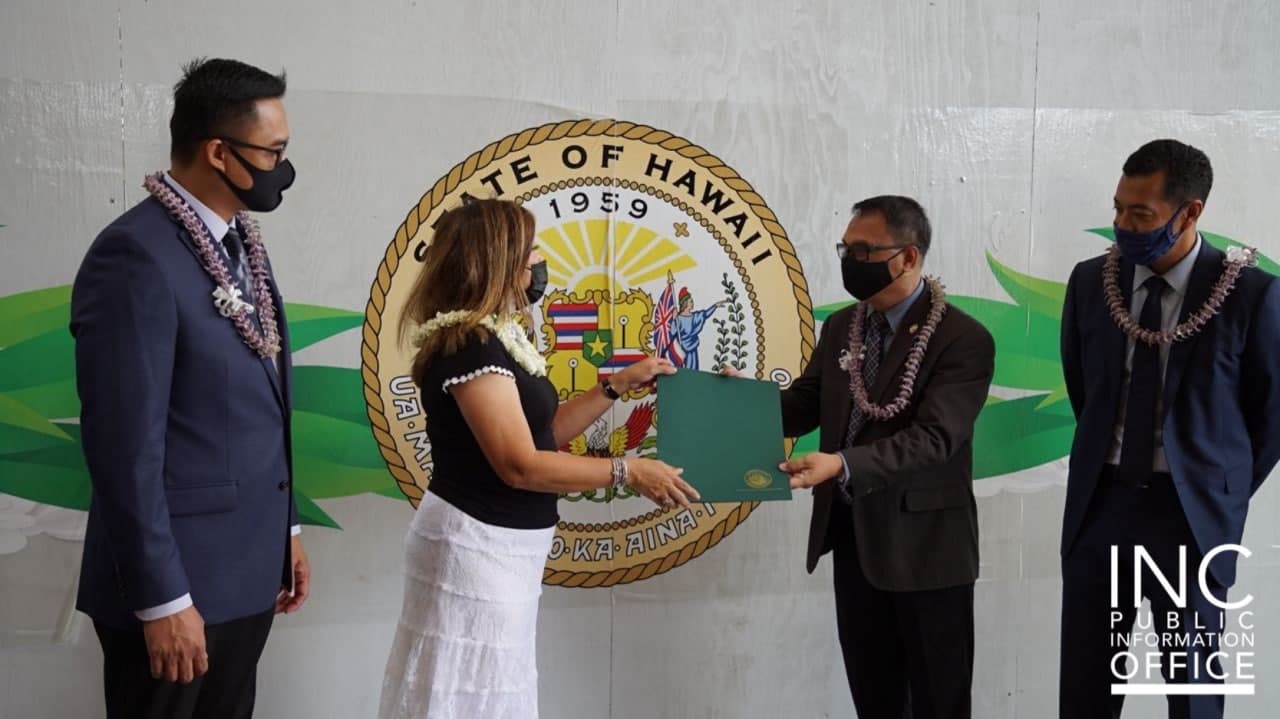 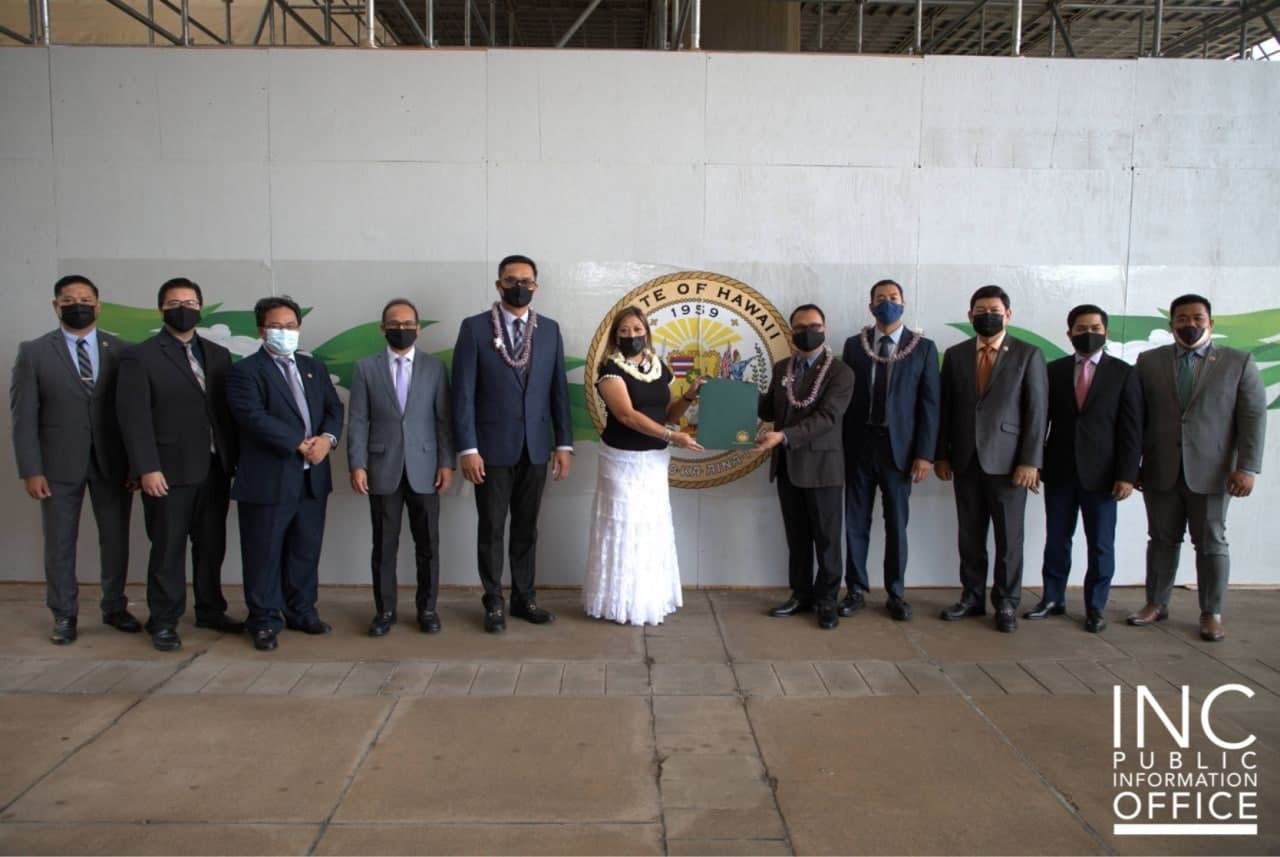 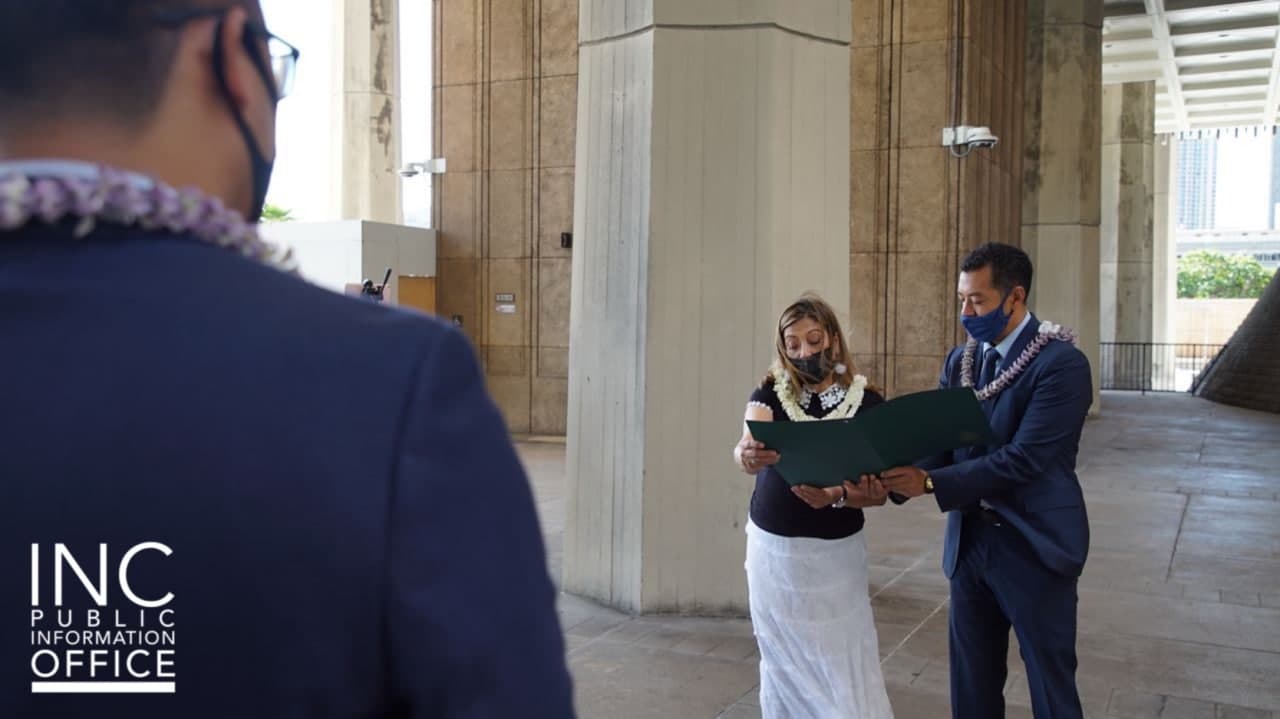 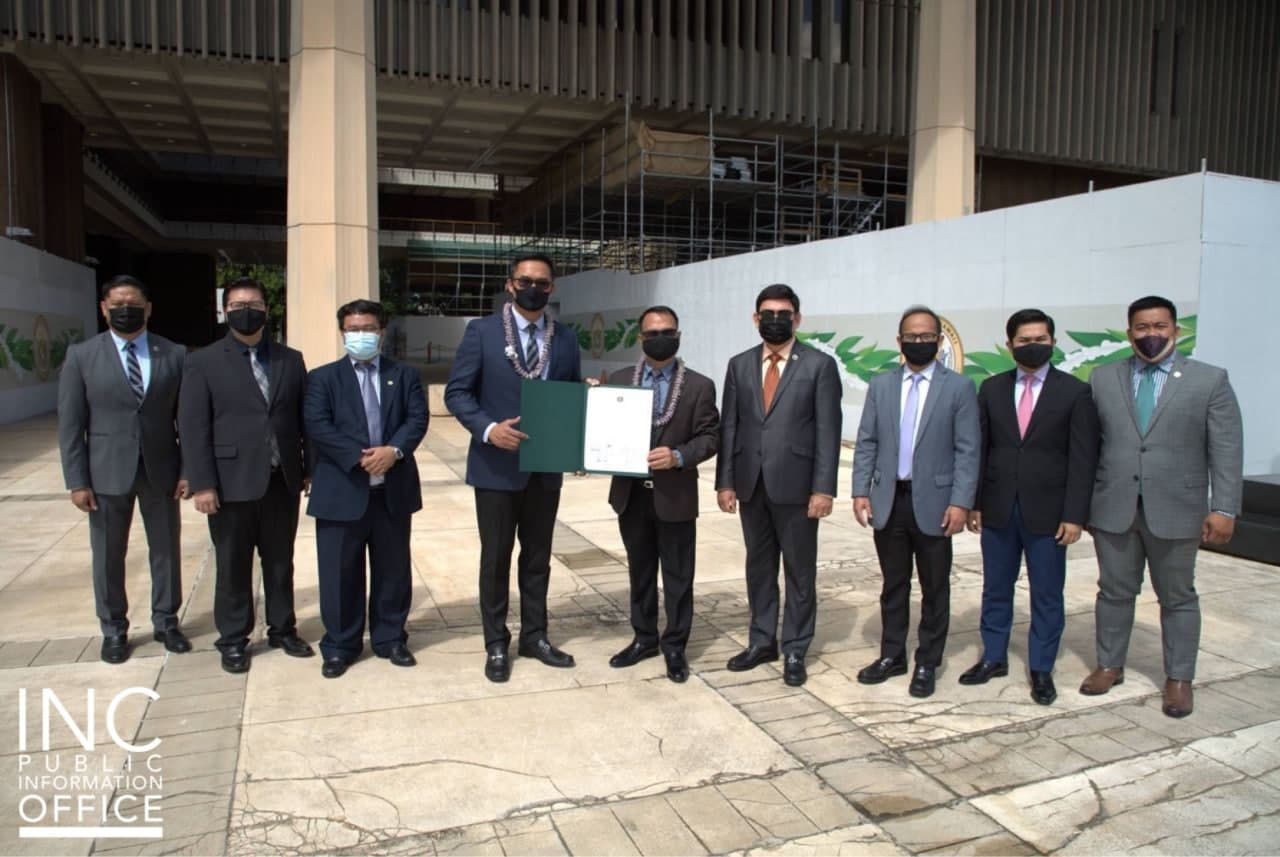 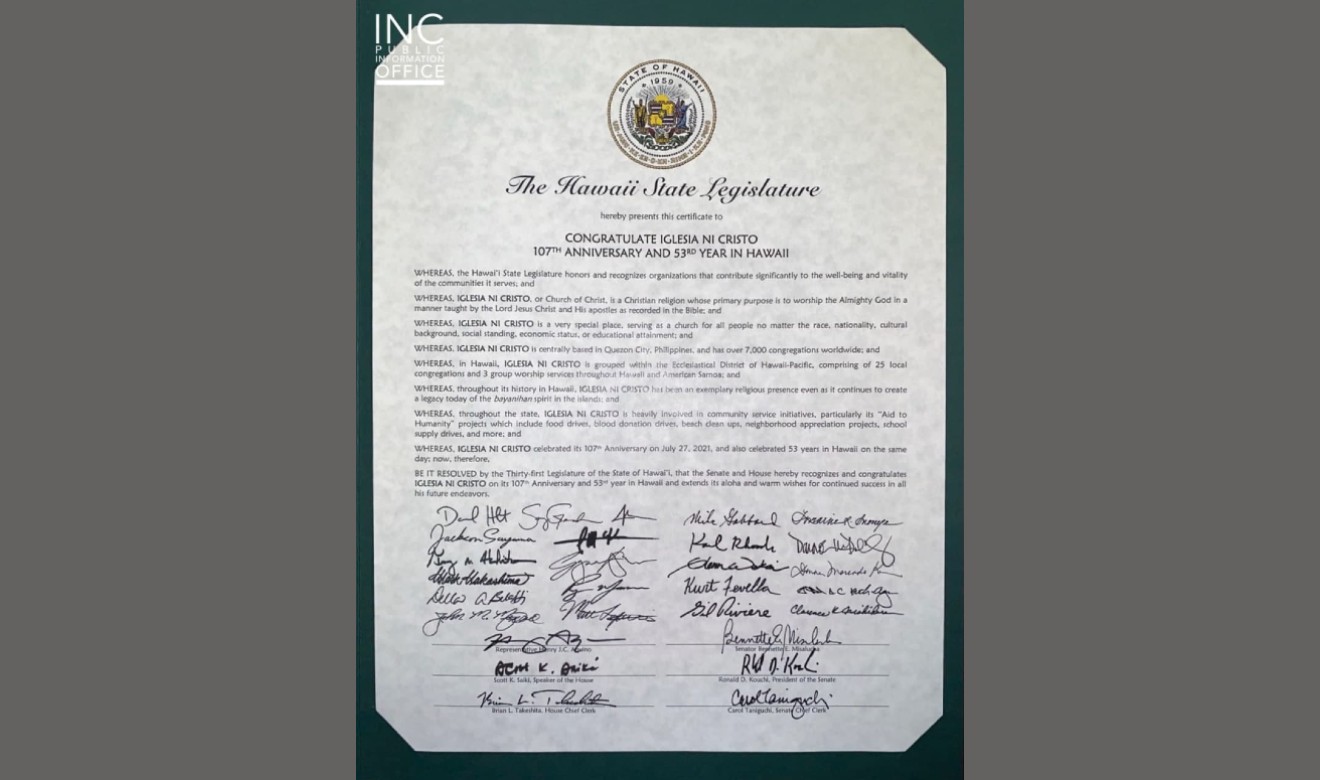 HAWAII – The State of Hawaii recognized the Iglesia Ni Cristo (INC) or Church Of Christ with an Honorary Certificate congratulating the Church on its 107th Anniversary and 53rd year in Hawaii.

Hawaii State Senator, Bennette E. Misalucha, along with House Representative Sonny Ganaden, presented on Aug. 19, 2021 the certificate issued by the Hawaii State Legislature on the grounds of the State Capitol of Hawaii, with INC ministers present to witness this significant occasion.

Senator Misalucha highlighted the efforts of the INC in helping the community in Hawaii, especially those in need.

“The Hawai’i State Legislature honors and recognizes organizations that contribute significantly to the well-being and vitality of the communities it serves,” the certificate, signed by Hawaii’s senators and House members, read.

It also recognized the Iglesia Ni Cristo’s “primary purpose” which is to “worship the Almighty God in a manner taught by the Lord Jesus Christ and His apostles as recorded in the Bible.”

The certificate stated that the “Iglesia Ni Cristo is a very special place, serving as a church for all people no matter the race, nationality, cultural background, social standing, economic status, or educational attainment.”

The Hawaii State Legislature also noted that “throughout its history in Hawaii, the Iglesia Ni Cristo has been an exemplary religious presence even as it continues to create a legacy today of the bayanihan spirit in the islands.”

The legislators cited the Church’s community service initiatives, particularly its “Aid to Humanity” projects that include food drives, blood donation drives, cleanup activities, neighborhood appreciation projects, and school supply drives as just among the many helpful projects of the INC.

Such projects spearheaded by Iglesia Ni Cristo Executive Minister, Brother Eduardo V. Manalo, have created a positive impact not only in Hawaii but all over the world.

Until now, the INC continues to be an impact on the local and global community for those in need, despite the pandemic.

The Hawaii State legislature noted this as both the Senate and the House congratulated the INC on its 107th anniversary.

The certificate was signed by the members of Hawaii’s 31st Legislature, and by Hawaii’s Senate President Ronald Kouchi and Speaker of the House Scott Saiki.

“The reason why the Iglesia Ni Cristo is doing that, through the leadership of our beloved Executive Minister, Brother Eduardo V. Manalo, is because that is what is really written in the Bible—that in times like these we should help each other, especially those people who are in need,” he said.

The Iglesia Ni Cristo (INC) or Church Of Christ continues to grow worldwide and has reached 158 countries and territories, with its members from 147 races and nationalities. — Courtesy of INC Public Information Office